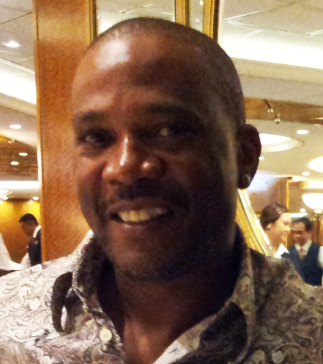 Jason is a 3D artist who produces digital content such as animated graphics for television and video projections for musical theater companies. He also produces workshops for kids specializing in shooting, editing, and greenscreen.

After 100 years of cinema, we are transitioning from watching a film to being present inside one. Very exciting times indeed!  This cognitive leap from 2D to 360VR is so drastic that we must now start calling these new films “experiences” and we must also consider the viewer’s role early in the production process.

Creating immersive 360-degree videos requires a different sense of timing and spatial positioning.  This tutorial will focus only on the challenges of creating content for viewing with VR goggles, such as those based on the Google Cardboard standard. (Note: When this tutorial refers to the “viewer”, it means the person who is wearing the goggles and watching your content.)

The best way to watch 360VR is from is another person’s perspective. This means a human being without superpowers who is perhaps five or six feet tall and either sits or stands.

For example, in a 360VR dinner scene you would no longer position the camera at a distance from the table looking at the action.  Nor would the camera be hovering in space above the dining table. In 360VR we would place the camera on a chair at the table as if the viewer is sitting with the family.  I would even include a place setting (plate, glassware, cutlery) for the viewer.

Why is it important to be so specific? Because this ensures that your 360VR film approximates a human experience.

In 360VR we must also address the issue of personal space.  Most viewers– including myself– become uncomfortable and distrustful when live-action or computer-generated people intrude too closely into their personal VR space.  However, such intrusions are very effective in creating moments of horror and paranoia!

The first thing to do in every VR project is to set an avatar who will represent the viewer watching your film.  (You will not render the avatar in your final output.) When you add the avatar to your scene, it will automatically be facing the front of the scene.

Add your VR camera to a position near the avatar’s shoulder.  Link the camera to the avatar’s bone root- not the head. The camera should always be at eye-level and straight ahead, even if your action is above or below eye-level.  Set your camera’s focal distance to 35mm, which will more closely match what iClone will actually render out in VR.

This technique will save you time because you will always know where the viewer is standing and they will always have the correct human perspective of your scene. You can then create complex actions around the viewer, make the viewer walk along paths, and you can position them correctly in vehicles and chairs.  For more ideas about approximating the human perspective in 360VR, please check out my 360 Degree Guide for Animators – VR MANIFESTO. 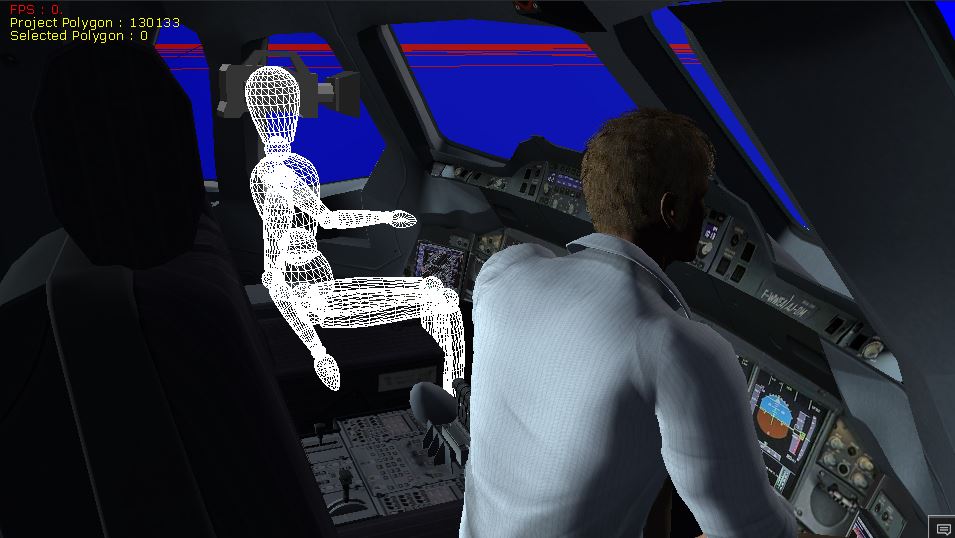 CAPTION: The wireframe mannequin with your VR camera attached represents the viewer.

In a complex action scene, it is important to know that the camera is always where you expect-   especially if you have moved it accidentally or if you need to mark a “safe zone” where the viewer should stand.

To bookmark a camera position, just place an object directly on the ground underneath the camera.  In this fight scene, the camera’s marker is Captain Jack’s compass. So if I look down and see the compass in front of my feet, I know I will not get hit in the face during the fight. 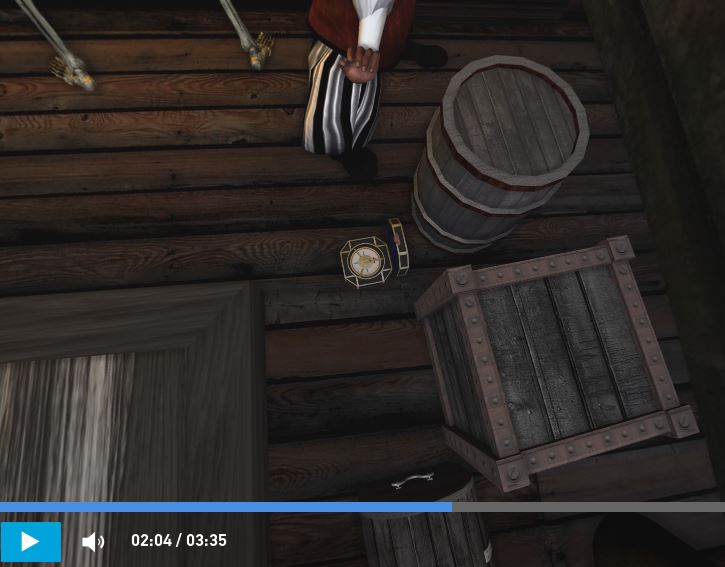 CAPTION: Use any imperceptible object to bookmark. 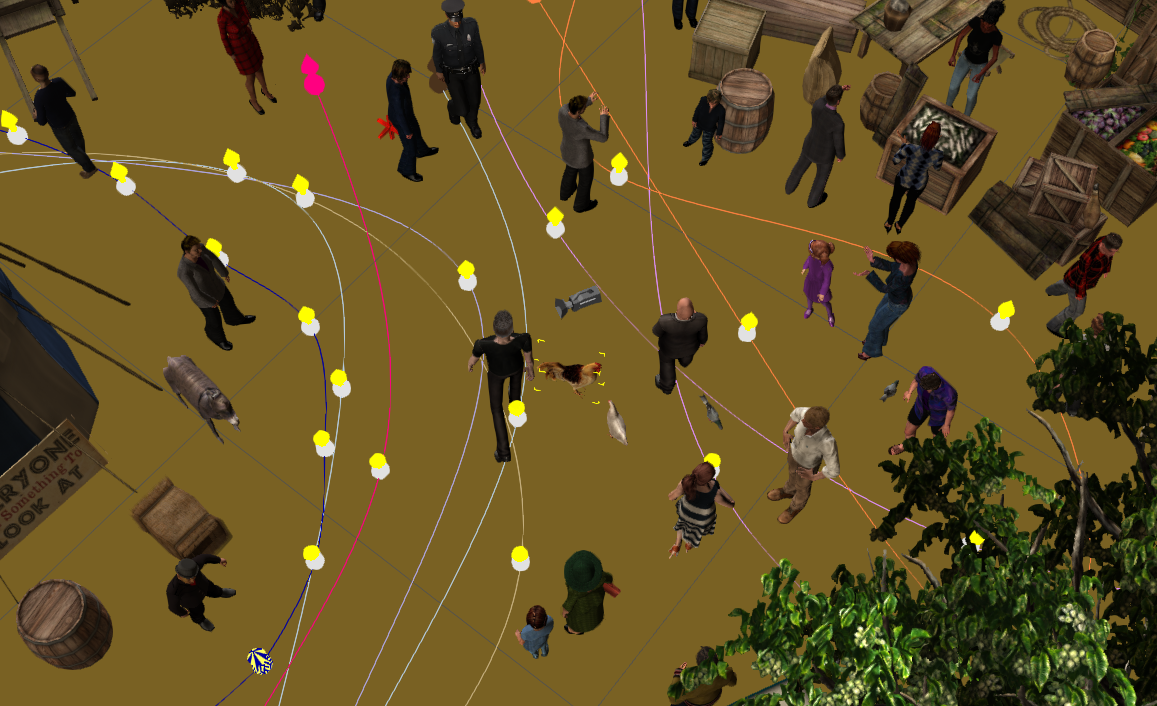 CAPTION: The golden rooster marks the safe place for the viewer and the VR camera is placed directly above it.

Even though the image is 360 degrees, every VR camera and VR software (including iClone) agree on where is the front of the scene and where is the back.

You can direct most of your action to the front of the scene as you would normally for a 2D film and just let your action spill around the viewer’s perspective.

CAPTION: The lights, curtains, rocks, the flying projector and the white rat all direct the viewer towards the correct direction.

Before the action in your film begins, you need to give your audience a chance to get comfortable and find the right direction to face.

You can simply give your film a title sequence that lasts 10 or 15 seconds.  Make sure your titles stay front and centre and that each line of text is small enough to fit completely inside the viewer’s field of view- without needing to pan around.

If you are just outputting raw output from iClone without a title sequence, postpone the starting action in your animation for at least 10 seconds.

At the end of your VR film, many viewers will want to keep looking around, so even though the action has stopped, your scene should just continue on for another 10 seconds, perhaps with your end credits. Adding post-credit scenes will be hugely rewarding for the viewer.

Be sure to let the viewer know when your film is over; do not end your film with a completely black screen or an abrupt stop. Otherwise, the viewer will think that your googles have crashed. 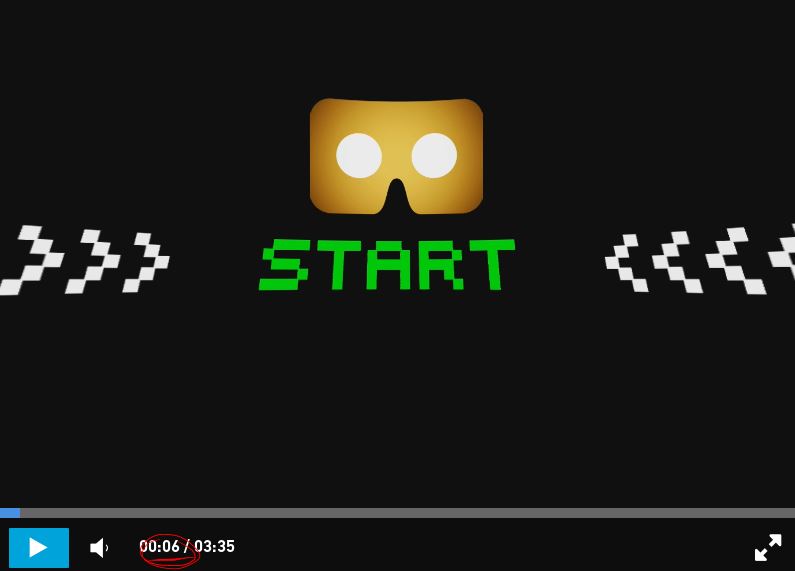 CAPTION:  When the viewer is facing the correct direction, they will see the word “START” and the mask fitting inside their POV. 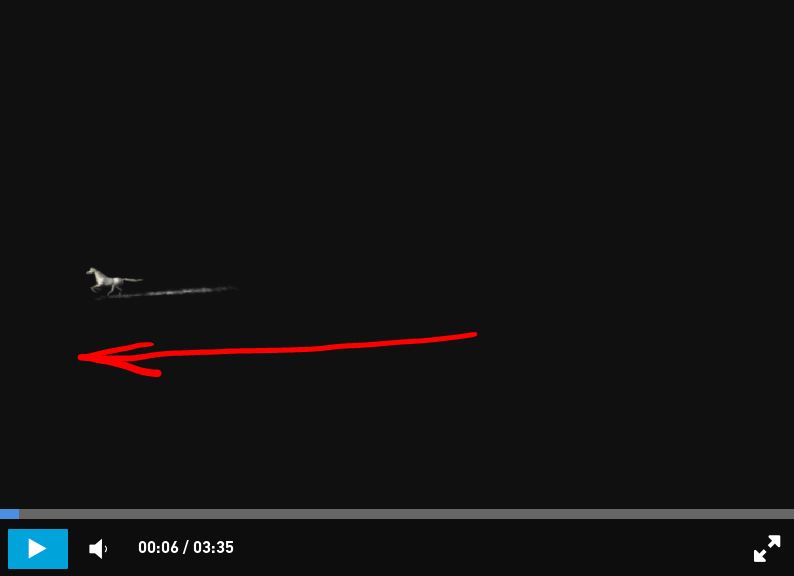 CAPTION: If the viewer is facing the wrong direction, they will see the little horse running towards the correct direction.

Say goodbye to whip pans and smash cuts. In 360VR, you need to slow down your transitions and camera moves. If you edit in 360VR, keep your shots to at least seven seconds long. Any shorter and the viewer will not have enough time to process what has happened and the chances of them catching the key action of the scene is diminished. If editing your footage, do not use straight cuts. Use crossfades or transitions to gently teleport your viewer from one shot to another.

Slow tracking shots are wonderful to experience in VR. Creating long sustained takes of a minute or longer is the best way for your viewer to feel fully immersed in your story. This means that your worlds need to be larger and more continuous. For example, if you are driving in a car at 60mph, you would need a quarter of a mile of continuous scenery for a 15 second shot.

You may want to edit 4K output from iClone in an external video editor. Cyberlink’s PowerDirector is fairly inexpensive for this purpose.

Under most circumstances, you should output from iClone at 4K. For quick tests on your Cardboard device, go ahead and output at 2K.

360VR video directly output from iClone should have the ENABLE YOUTUBE/FACEBOOK checked.  If you have further edited your 360VR footage with video editing software, you need to run the YouTube Spatial Media Metadata Injector on your final film. The Spatial Media Metadata Injector tells YT/FB that your film needs to be played back with 360VR control. 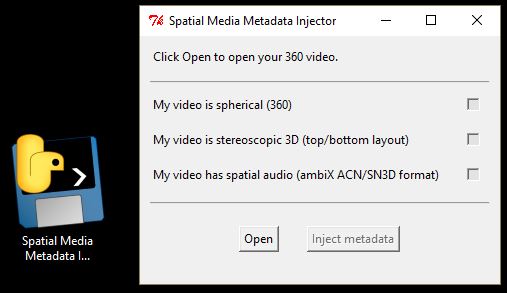 Much has already been said about the quality issues of YouTube 360 VR, so you might prefer to watch your content directly from your device instead of streaming.

For viewing your own 360VR videos on Android devices, FullDive offers a premium experience.  FullDive is for VR goggles only and has a gorgeous interface for browsing your 360VR content. FullDive will soon have the ability to “play by folder”, which means that you will be able to organize and playback your videos as if they were chapters in a DVD.

Decide whether your VR film is best experienced sitting or standing. A standing experience generally feels more intense and is better for horror and adventure scenarios, while sitting is better for “ride” style experiences such as rollercoasters and casual tourism. A comfortable office chair that spins – especially one with a headrest – is the ultimate for 360VR viewing. 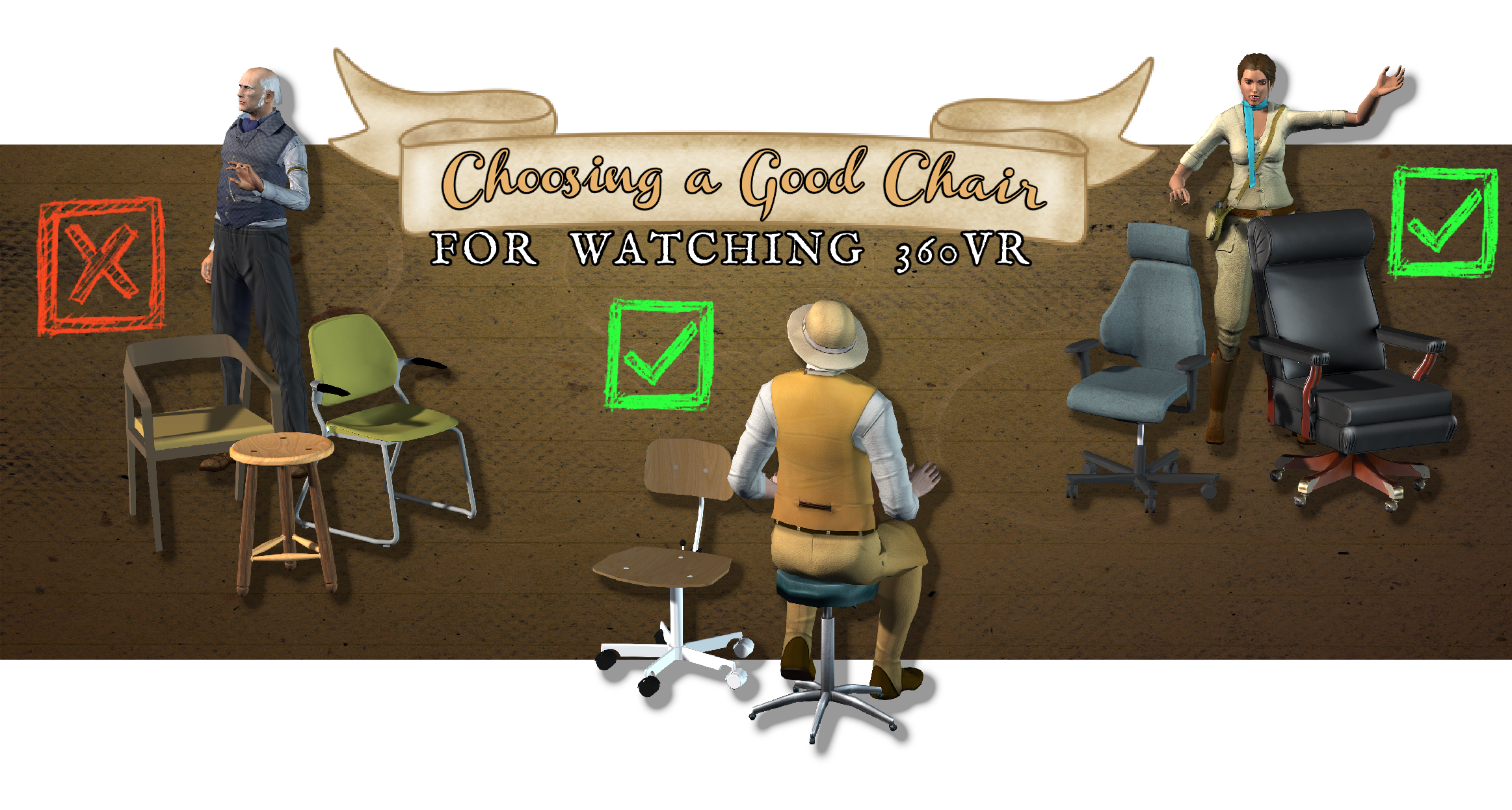 CAPTION: Avoid using chairs that do not spin.

Before long renders, check to see that you’ve given the viewer the best seat in the house by outputting a still 360VR image and viewing it on your desktop beside iClone. GoPro VR is a super lightweight player for 360VR images and video. 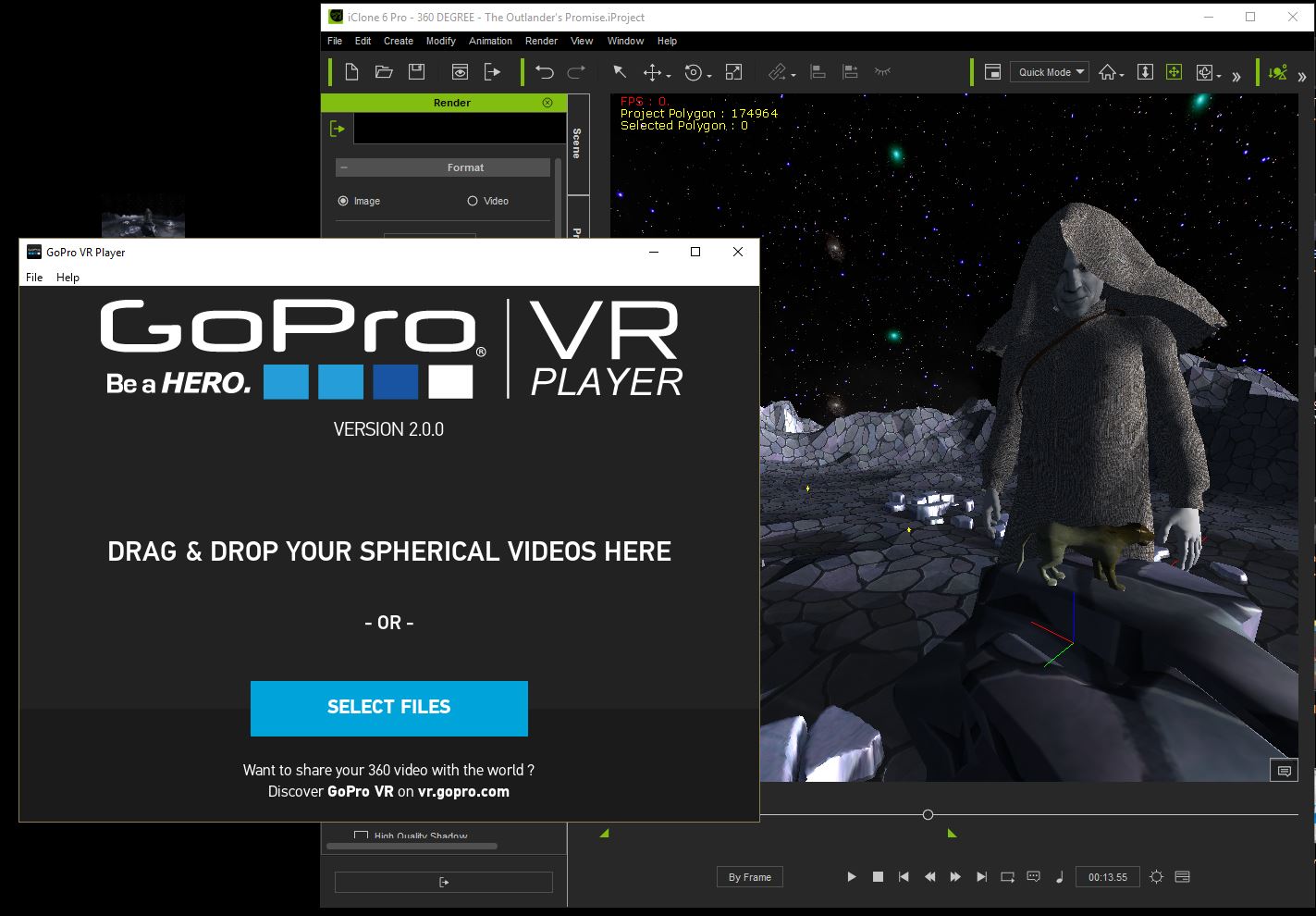 Because the screen is only a few inches away from your eyeballs, VR content needs look smooth, whether you are outputting quick-and-dirty 2K test files or high-quality 4K files for further editing. So always turn on supersampling which provides a more finely detailed render. (It’s also effective on 2D output as well.) 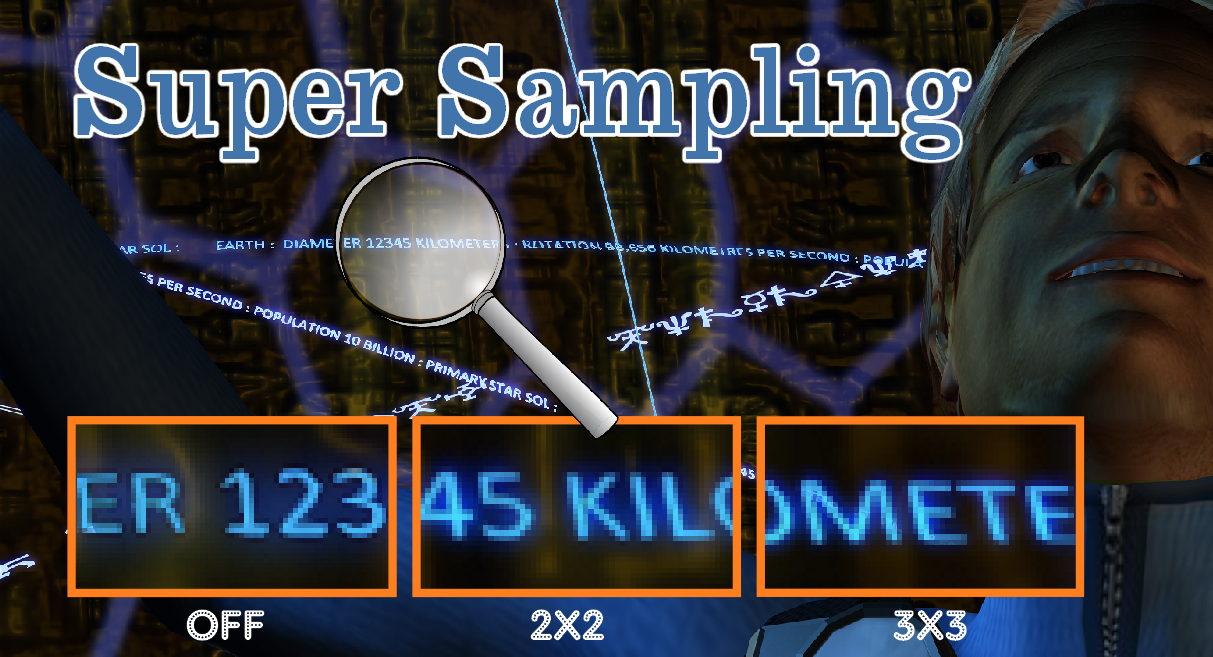 TIP TITLE: Get Your Goggles Already

If you own a smartphone, then you already have the most expensive part of the VR hardware. The googles you need range from about $1 made from cardboard to about $40 for a full plastic headset with built-in headphones. Sold everywhere online. 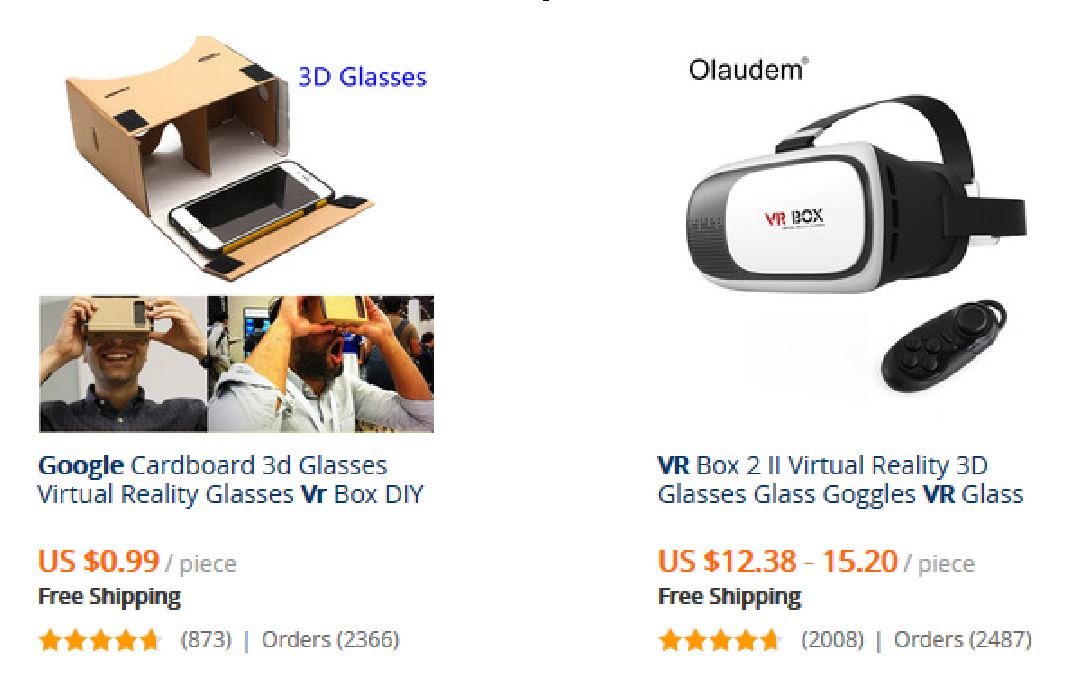 CAPTION: VR Goggles are so cheap that it’s a crime not to own a set.

An unexpected mistake hidden in a scene is a fun way to reward your viewers. 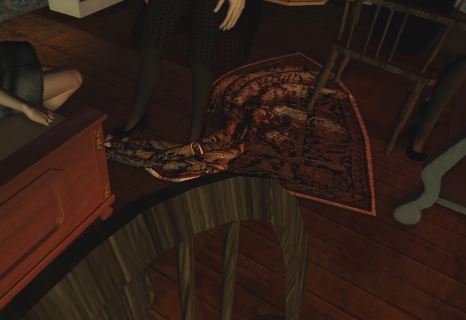 CAPTION: I had no idea that Heidi was kicking up the carpet behind me!

Now that you have all that extra viewing space to fill, do consider populating your VR worlds with the many “low poly” crowds sold in the RL Marketplace. These crowds take direction perfectly, save huge amounts of time and are available for every type of genre, period and situation. For my opening shot of the county fair, I used Apparition’s “Casting Extras – Lo Poly Modern”. You can find fashionably dressed crowds from Alley, Warlord, and the Extreme series from Vertigo Games. 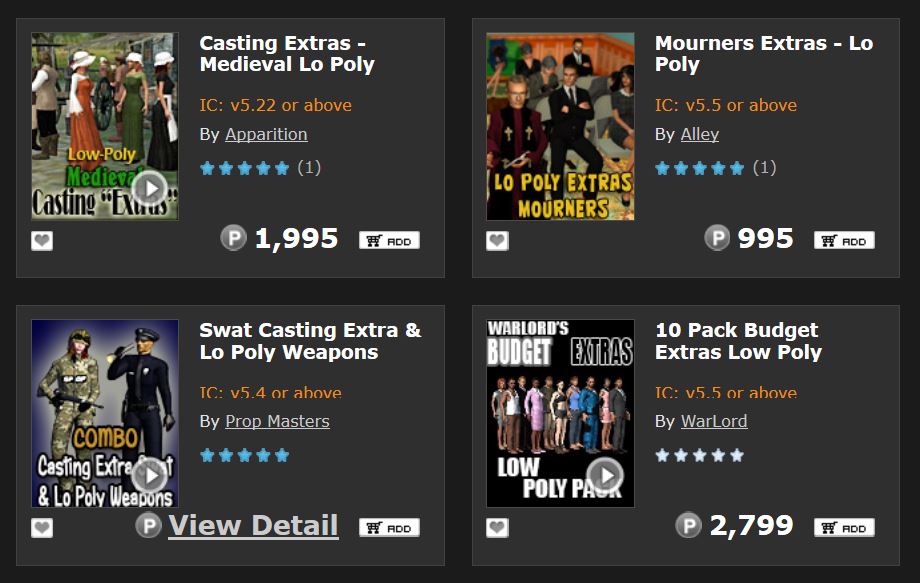 CAPTION:  Four of the many low-poly crowd themes found on the RL Marketplace.

Well folks, so those are the 10 Things you Need to Know about VR Content Creation. If you would like to learn, or simply experience more about VR consider subscribing to my new, YouTube channel, “Mysterious Worlds 360 VR“, which will be a place for to experience random artistic experiments and headtrips into Virtual Reality.