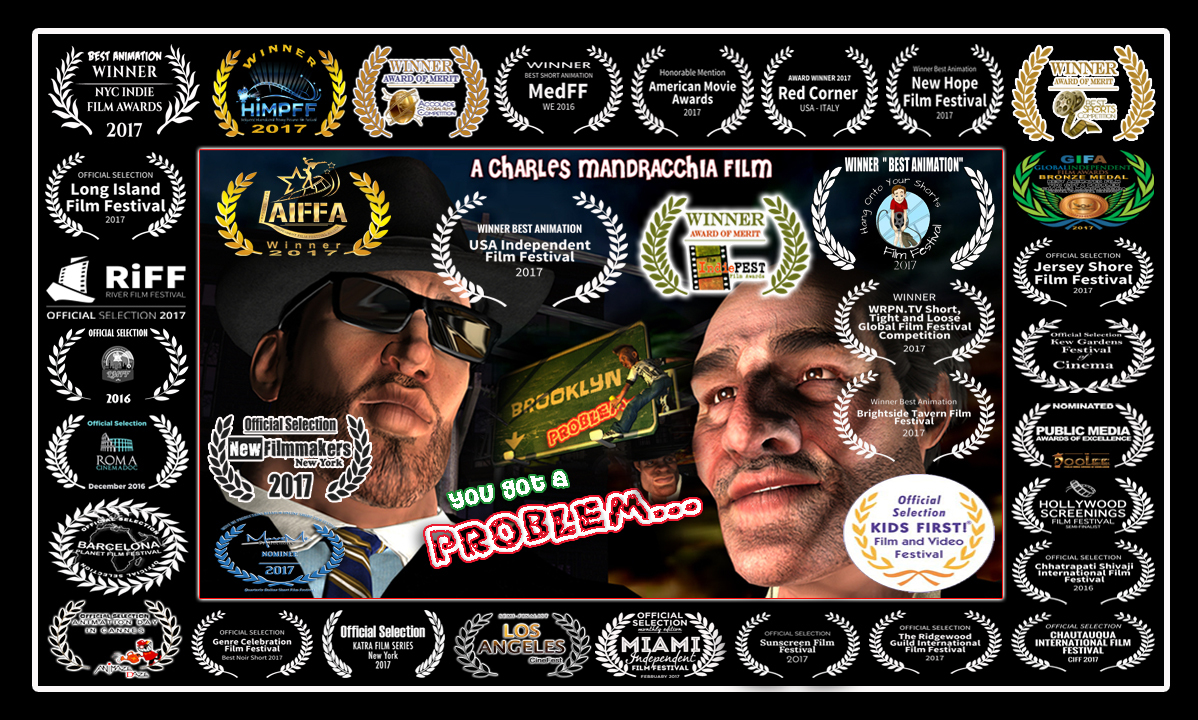 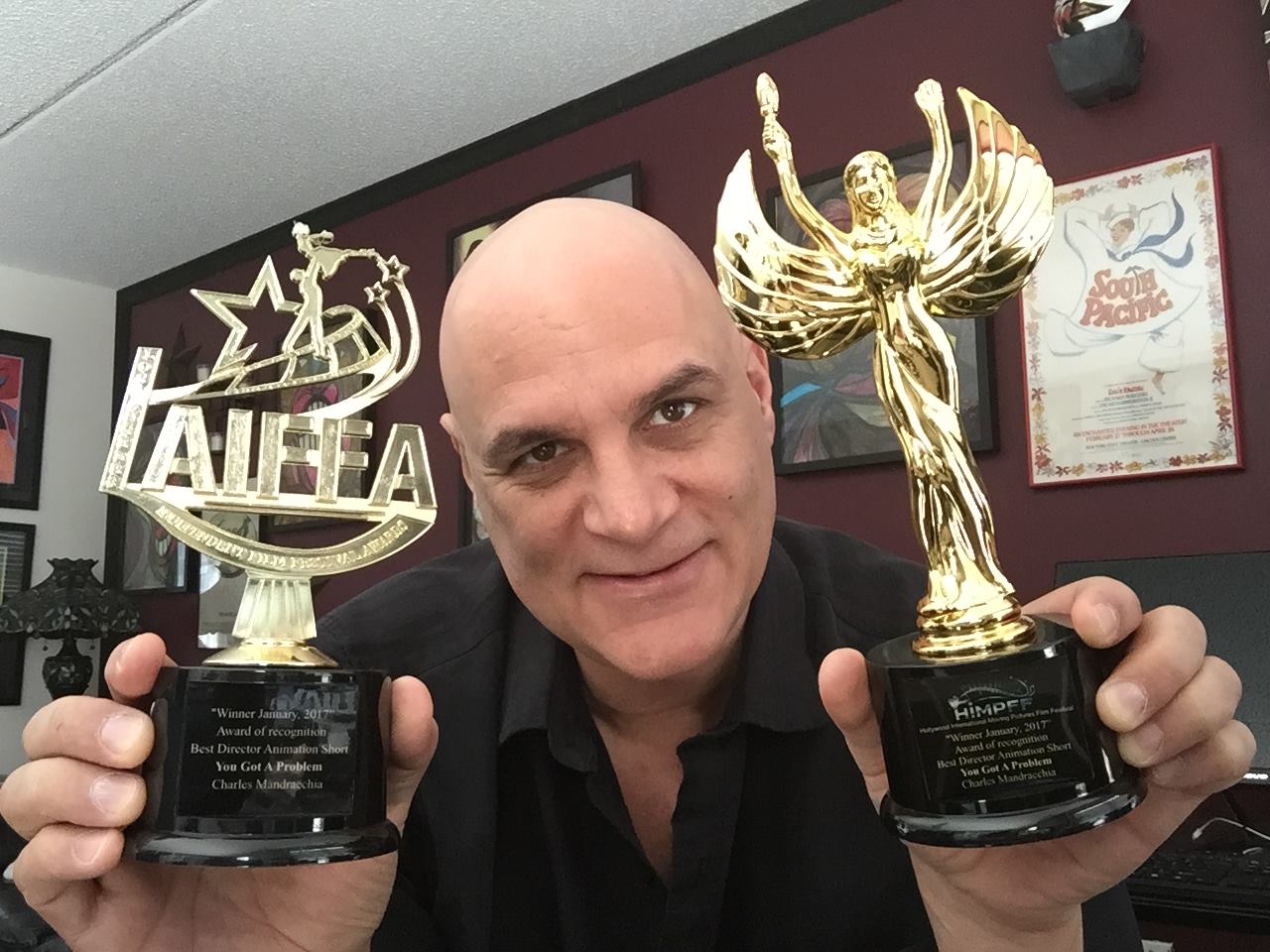 He is a member of the ASIFA-Hollywood (International Animated Film Society) and has won a combined 29 IMDB Awards for his films like; You Got a Problem & We Are Friends.

He is also the Director of CGI/Live Animation on a new film starring Vincent Pastore (Sopranos), Jackie “the Jokeman” Martling (Howard Stern Show) and many other film stars.

Q: Hello Charles, and welcome to the Reallusion Feature Stories. Please tell us a bit about your background and your acting journey.

I describe himself as a shy child, was born and raised in Bay Ridge. I found a love of acting at two years old. Drama was just something I knew how to do well. As a kid, I was always creating plays, doing scenes, writing and performing them in the basements of friends’ houses. I charged the other kids in the neighborhood 25 cents to see the show.

I attended Fort Hamilton High School then Brooklyn College, where I majored in television, acting and film. I was proud to be a Brooklyn actor and be on Broadway at the same time. As a performer, I have appeared in numerous Broadway and Off-Broadway productions. These include the original Broadway cast of ‘Grand Hotel the Musical,’ ‘South Pacific’ and ‘Porgy and Bess’ at New York City Opera and the Equity Library Theatre. 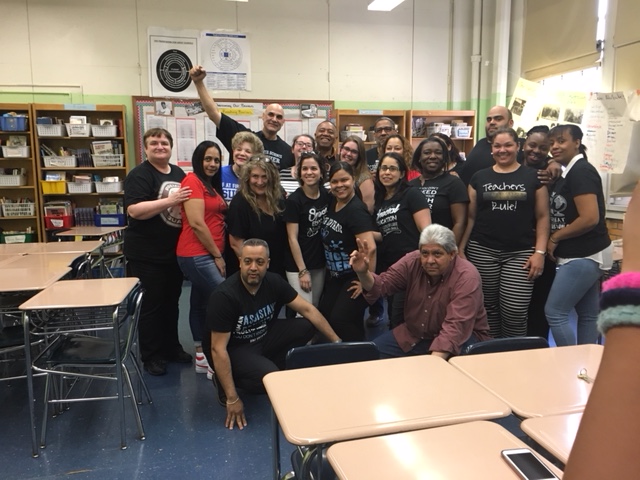 Q: You made an amazing switch from Broadway actor, to filmmaker/animator. What were the reasons to make this change?

I became interested in animation later in life. Though I didn’t realize that my background as a performer would hugely impact my animations until I found iClone and my teacher James C. Martin who told me so. This was key to my learning. 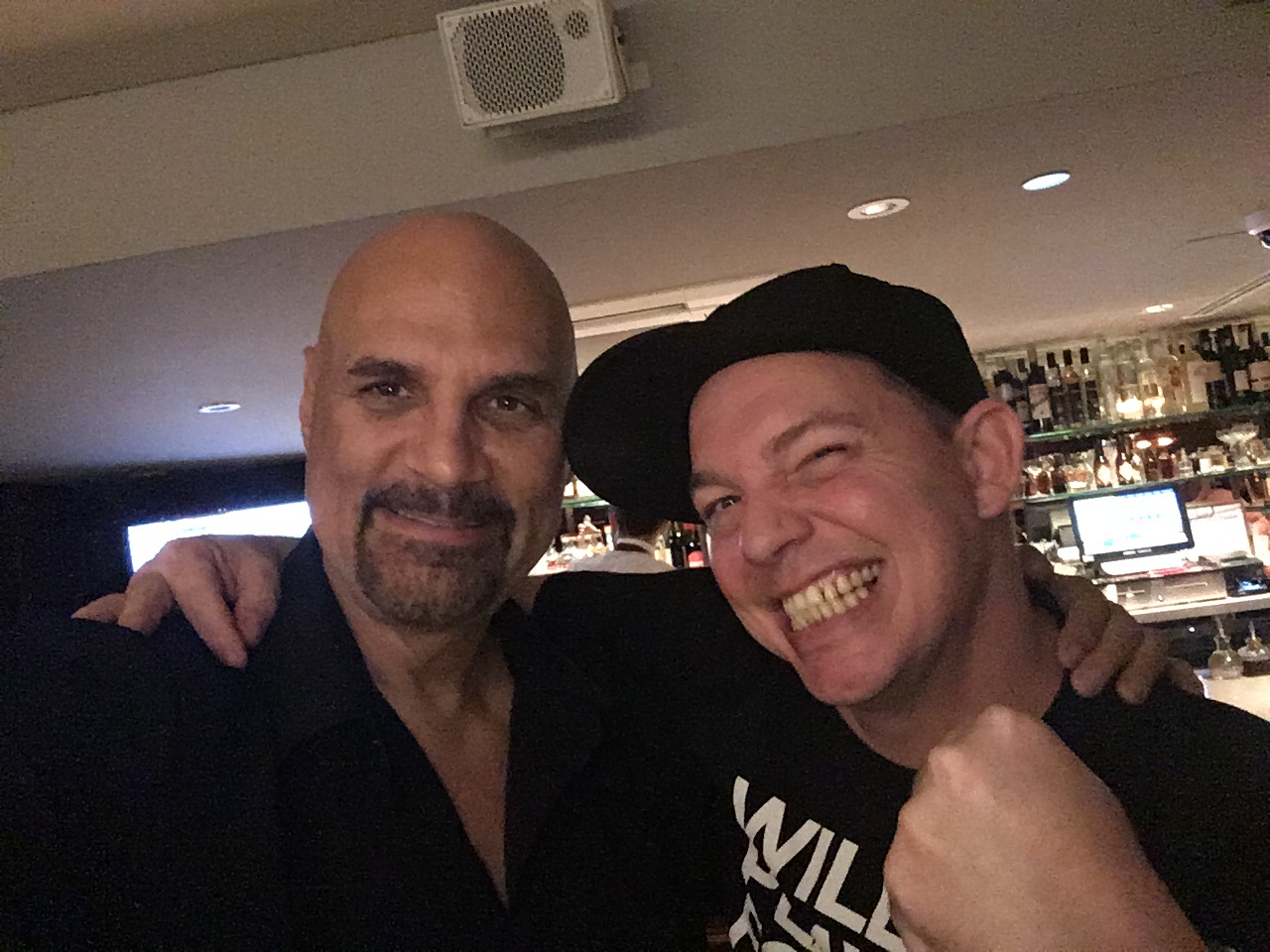 I started to do graphics while being a Broadway actor and I was designing posters for shows, but I needed to do more. I wanted to create stories and art. I then started to draw characters in a sketchbook and realized that I can probably make animations of them and tell stories, but did not have a platform to make them in.

After two years I decided to take Maya & 3d Studio Max. It was extremely hard to master so you could imagine the frustration. Then I discovered iClone. It was with iClone that I found my calling in life! 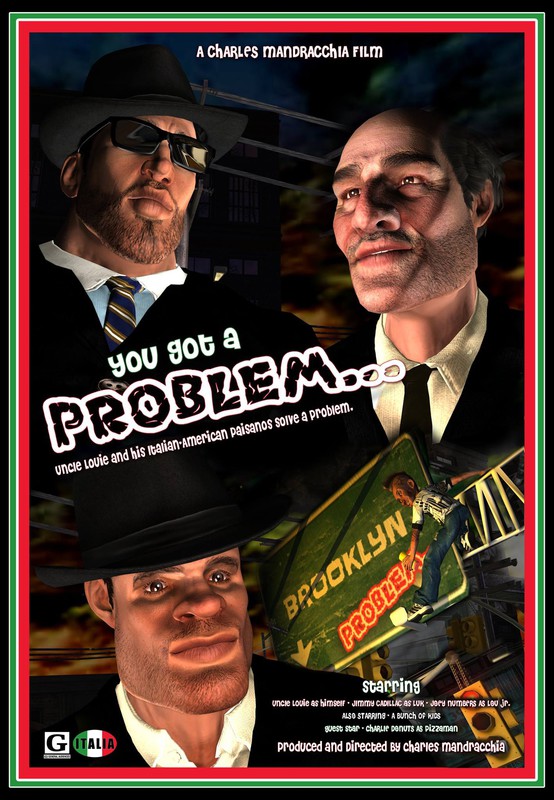 Q: From New York to Hollywood, your outstanding work has won you numerous awards. Could you share with us which award, or awards, has(have) been the most memorable for you?

I was also selected for The Sunscreen Film Festival which is one of only 23 film festivals in the country to be sponsored by the Academy Awards. The festival has been named one of the Top 25 Film Festivals by MovieMaker Magazine. At this A-List festival I was signed to a distribution deal. That’s not all. Because of all this success with iClone my films have now been entered into the prestigious Peabody Awards in NYC.

Q: You learned iClone through James C. Martin, an award-winning visual effects artist and renown iClone expert. Can you tell us how you discovered iClone and why you chose to work with it?

I chose James Martin because I needed a teacher who was aware of how I needed to learn. I mean I did look at his extensive resume, which is so impressive, but that’s not what hooked me. What hooked me was when I talked to him he was keenly aware of how to teach me the way I needed to be taught. 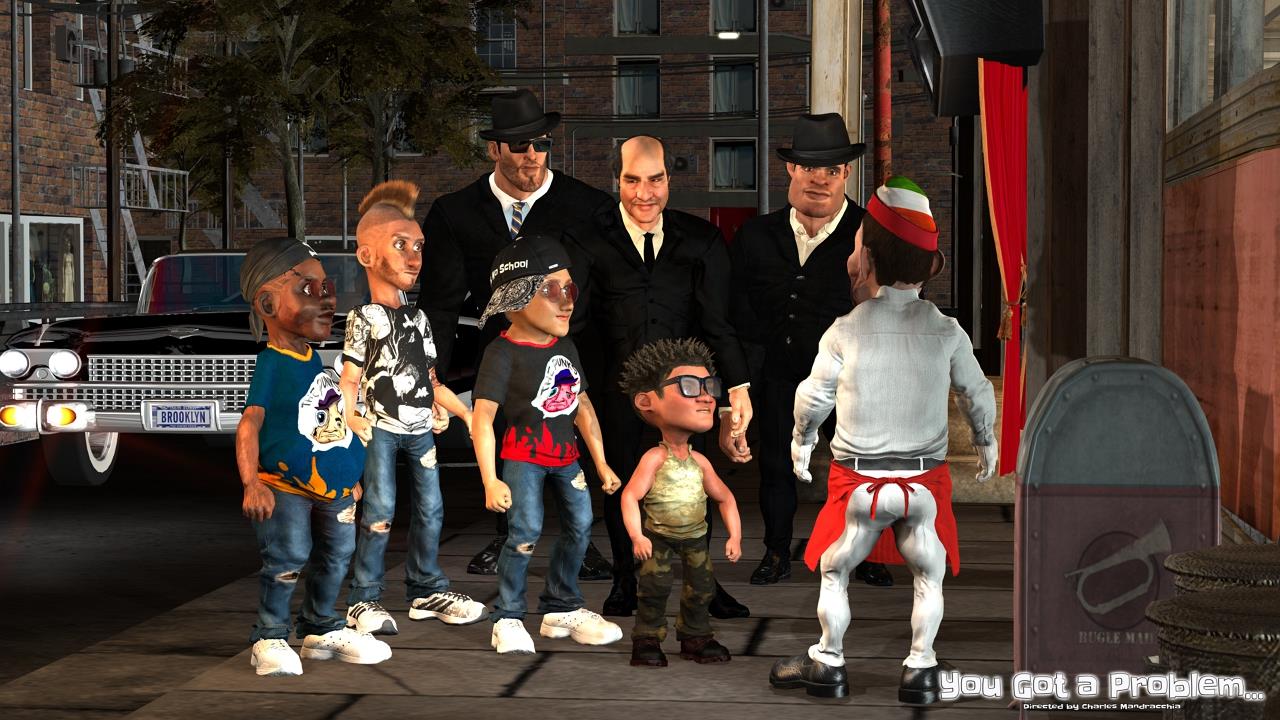 What I mean is that every person learns differently and James was extremely intelligent, kind, generous, giving and sensitive of how I needed to be taught. He is a great Teacher who is a working animation professional. I wouldn’t make a move without his advice. I trust and respect him with my animation life. 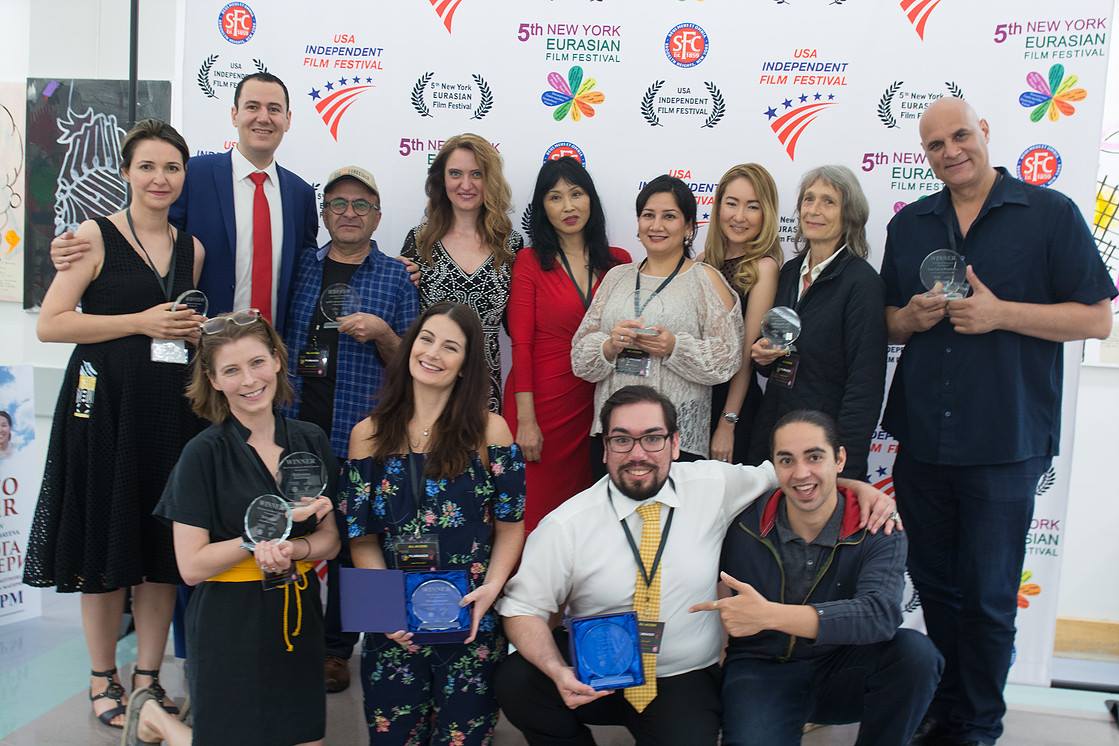 Q: After the success of “You Got A Problem”, what else is on the horizon for Charles Mandracchia?

I am still and will continue to take classes with James. I am also still doing the festival run and will be going to Hollywood in 2018 for ‘You Got a Problem‘ and ‘We Are Friends, the two showings at the theatre and will receive two awards for Best Director of animations at the Hollywood International Moving Pictures Film Festival to be held at the prestigious Raleigh Studios in Hollywood.

‘We Are Friends’ is also made in iClone and has won so far 11 IMDB Awards.  Festivals are a great to network with directors. Because of iClone and my films winning at these festivals I have landed a role on “The Neighborhood” a new television series. I met the show’s director at a festival and he asked me to be in the Neighborhood and maybe do some animations. I won my 14th IMDB award at the same festival for Best Animation for ‘You Got a Problem’.

Currently I just finished a new film using iClone. Because of people seeing my films and liking the animation style I was hired to be the Director of CGI/Live Animation on St. Joseph, a new comedy by Kathrina Miccio which stars herself, Vincent Pastore (Big Puss on the Sopranos), Jackie “the Jokeman “ Martling and so many other stars. I also got a part in the film as a cameo. I guess being a triple threat doesn’t mean actor, singer and dancer anymore, it can mean actor, director and animator! That is my triple threat! 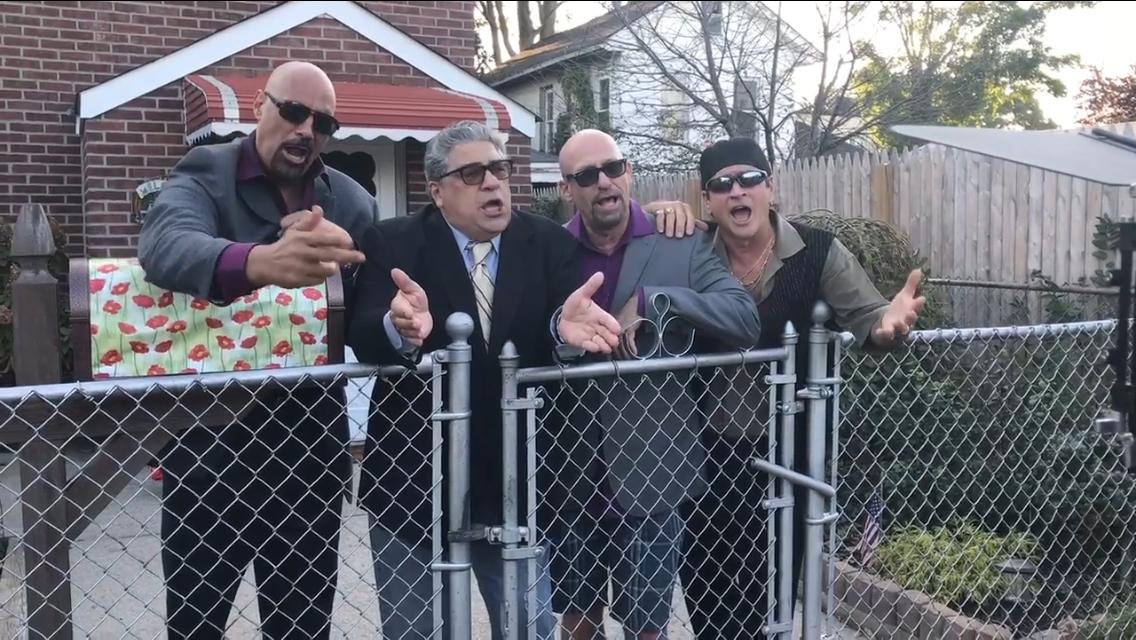