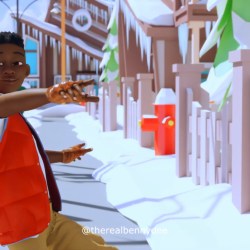 This article is written by NVIDIA, and it’s featured on NVIDIA Omniverse Blog.

Benjamin Sokomba Dazhi, aka Benny Dee, has learned the ins and outs of the entertainment industry from many angles — first as a rapper, then as a music video director and now as a full-time animator.

After eight years of self-teaching, Dazhi has mastered the art of animation — landing roles as head animator for the film The Legend of Oronpoto, and as creator and director of the Cartoon Network Africa Dance Challenge, a series of dance-along animations that teaches children African-inspired choreography.

Based in north-central Nigeria, Dazhi is building a team for his indie animation studio, JUST ART, which creates animation films focused on action, sci-fi, horror and humor.

He uses Omniverse Connectors for Reallusion apps for character and prop creation and animation, set dressing and cinematics.

From animated music videos to clips for action films, Dazhi has a multitude of projects — and accompanying deadlines.

“The main challenges I faced when trying to meet deadlines were long render times and difficulties with software compatibility, but using an Omniverse Connector for iClone app has been game-changing for my workflow.”

With these tools, it took Dazhi just four minutes to render this clip of a flying car — a task, he said, that would have otherwise taken hours.

“The rendering speed and photorealistic output quality of Omniverse is a breakthrough — and Omniverse apps like Create and Machinima are very user-friendly,”

Such 3D graphics tools are especially important for the development of indie artists, Dazhi added.

“In Nigeria, there are very few animation studios, but we are beginning to grow in number thanks to easy-to-use tools like iClone, which is the main animation software I use.”

Dazhi plans to soon expand his studio, working with other indie artists via Omniverse’s real-time collaboration feature. Through his films, he hopes to show viewers “that it’s more than possible to make high-end content as an indie artist or small company.”

See Dazhi’s work in the NVIDIA Omniverse Gallery, and hear more about his creative workflow live during a Twitch stream on Jan. 26 at 11 a.m. Pacific. 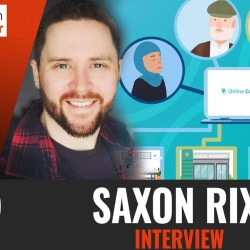 Saxon Rix heads up the animation department of a video production company and discusses how Cartoon Animator (CTA) is his software of choice when he needs to meet tight deadlines for clients.

Cartoon Animator’s power and flexibility allow Saxon and his team to rig and animate custom characters in record time, saving valuable time and money. In this interview, Saxon also gives advice to other artists, animators and developers who work with or are considering Cartoon Animator for their business projects.

“Cartoon Animator gives us the freedom to create our own characters and animations from scratch, all within a streamlined workflow.”