iClone is a powerful real-time animation tool that aims to remove the painful and repetitive aspects from the animation process, and simplify the difficult job of creating realistic digital humans. Like the game engines that gave rise to Machinima, iClone has always focused on being real-time, making it less complex than the more conventional animation tools.

The recent 7.7 update saw the introduction of the Digital Human Shader, which added sub surface scattering, as well as improving the materials on offer, to give skin, teeth, eyes, and hair a much more realistic appearance. It also brought with it Headshot, an AI-based generator that enables users to create character heads from photos of real people.

With more realistic looking characters comes the need for more convincing animation. There are few things more off-putting than a 3D character model that looks realistic, only to become awkward and unnatural when it comes to open its mouth.

For that reason, this article will focus on facial animation. We’ll take a look at some of the tools and techniques that you can use in iClone to help you not only get your animations looking good, but do so relatively quickly. Follow along in the video below, or read on for a written version.

If you’d like to render this video in Unreal Engine make sure you check out the bonus tip at the end, which shows you how to use the Live Link plugin.

END_OF_DOCUMENT_TOKEN_TO_BE_REPLACED

This year, Reallusion was invited by Epic Games to participate in UNREAL FEST EAST in Yokohama to showcase the iClone Unreal Live Link plug-in.

Since 2014, the event has since been held in the Kantō region (East) in the fall and the Kansai region (West) in the spring. For this event the number of attendees has been increasing year by year, as it attracts innovative uses of Unreal Engine.

END_OF_DOCUMENT_TOKEN_TO_BE_REPLACED

Creative Media Industries Institute (CMII)  hosts the inaugural Motion Capture Performance Workshop at Georgia State University in Atlanta, Georgia. The actors participating gained invaluable knowledge and cutting-edge acting skills necessary to perform in a motion capture environment. The two-day workshop – the only one of its kind originating in the United States – was produced by the College of the Arts Office of Educational Outreach and hosted by the School of Film, Media & Theatre and the CMII. Leaders of the workshop included Mary Emily O’Bradovich, professional actor with People Store and academic professional at Georgia State focusing on movement and acting, James C. Martin, professor of practice at Georgia State teaching virtual reality (VR) production and VR/AR Asset Creation, and Michelle Ladd, motion capture director, fight director and stunt performer with RE:Action Stunts and Broad-Motion Entertainment.

END_OF_DOCUMENT_TOKEN_TO_BE_REPLACED

Richard Chalmers is an online English teacher committed to using technology to create innovative and engaging ways to teach English to students around the world. After developing an online presence through his YouTube channel and websites, he coined the word Britlish in 2014 and has been developing the brand ever since.

Teaching English in Spain from 2003, Richard moved exclusively to online teaching via Skype in 2009. Thanks to the success of his YouTube videos, Richard has taught 188 students in 42 countries. He has also created over 800 video English lessons which have gained millions of views. Richard also writes books and other English learning material. He sells digital versions of this material through Britlish.com, and printed versions, and Kindle versions, through Amazon.

When not teaching, writing, or making YouTube videos, Richard enjoys cycling through the Spanish countryside with his wife, and generally enjoying an idyllic lifestyle in Seville.

END_OF_DOCUMENT_TOKEN_TO_BE_REPLACED

Adolf worked on computer programming and technical 3D modelling until six years ago, when he started writing graphic novels and creating 3D animations.

iClone stands out as being the most accessible and easy-to-learn 3D animation application — but that doesn’t mean it’s not professionally powerful. On the contrary, it’s filled with clever features that make complex animation hyper easy!

Also, iClone’s latest version has boosted the quality of its renders, including PBR materials, Image Based Lighting with HDR pictures, and Global Illumination, and because of this, it has motivated us to start creating models of vehicles for iClone, that not just look good, but that thanks to the improved render features, help people with their animations.

So I included features like emissive materials or parts that can be manipulated individually. Objects like the doors, the steering wheel, the gear level, and the pedals are all interactive sub-props that can be rotated or reached by the characters of a scene. Helping to create convincing driving animations.

In addition, the 4 Wheel structure provided by Reallusion’s Physics Toolbox, allows one to actually drive the vehicles over the iClone terrains while recording their motions in real-time. It facilitates the animation of the vehicles, as the spinning of the wheel are automatically synchronized with the motion of the car, depending on its speed, while it follows the slopes and irregularities of the terrain.

This is an overview tutorial of the pipeline I followed to create these models and how they can be easily animated in iClone.

END_OF_DOCUMENT_TOKEN_TO_BE_REPLACED

The Creative Media Industries Institute at Georgia State University hosted the inaugural US round of the Reallusion ASIAGRAPH 48hr Animation Jam June 29, 30 and July 1st 2018.  The participating students represented Georgia State University, Savannah College of Art and Design and Interns and recent grads that are now working with Cartoon Network and Adult Swim.

END_OF_DOCUMENT_TOKEN_TO_BE_REPLACED 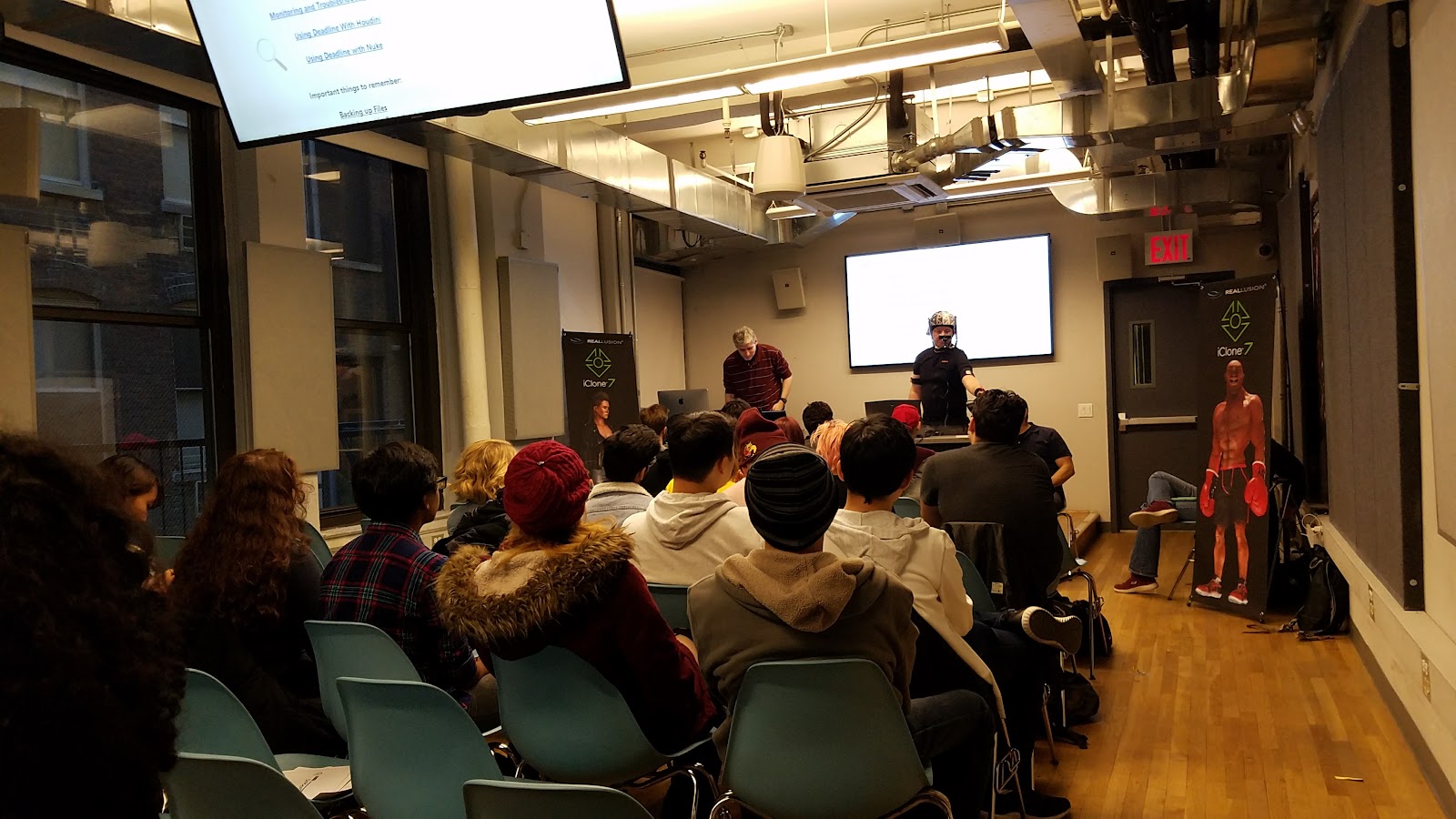 The School of Visual Arts in New York City hosted Reallusion as a guest speaker in their weekly technology lecture series.

The session was held on 23rd Ave in the School of Visual Arts Computer Arts department and included an audience of 3rd year students in the Computer Arts program that are building toward their 4th year thesis.

END_OF_DOCUMENT_TOKEN_TO_BE_REPLACED

Reallusion was invited to showcase the realtime 3D platform, iClone 7 at the MIT Media Lab in a two-day event celebrating the intersection between art and technology.

The Hacking Arts Art and Tech Expo featured Reallusion among many other technology companies and MIT student tech projects.  The MIT event which is held annually, brought speakers, performers, techies and artists from around the world to share their work and projects with other students and attendees.