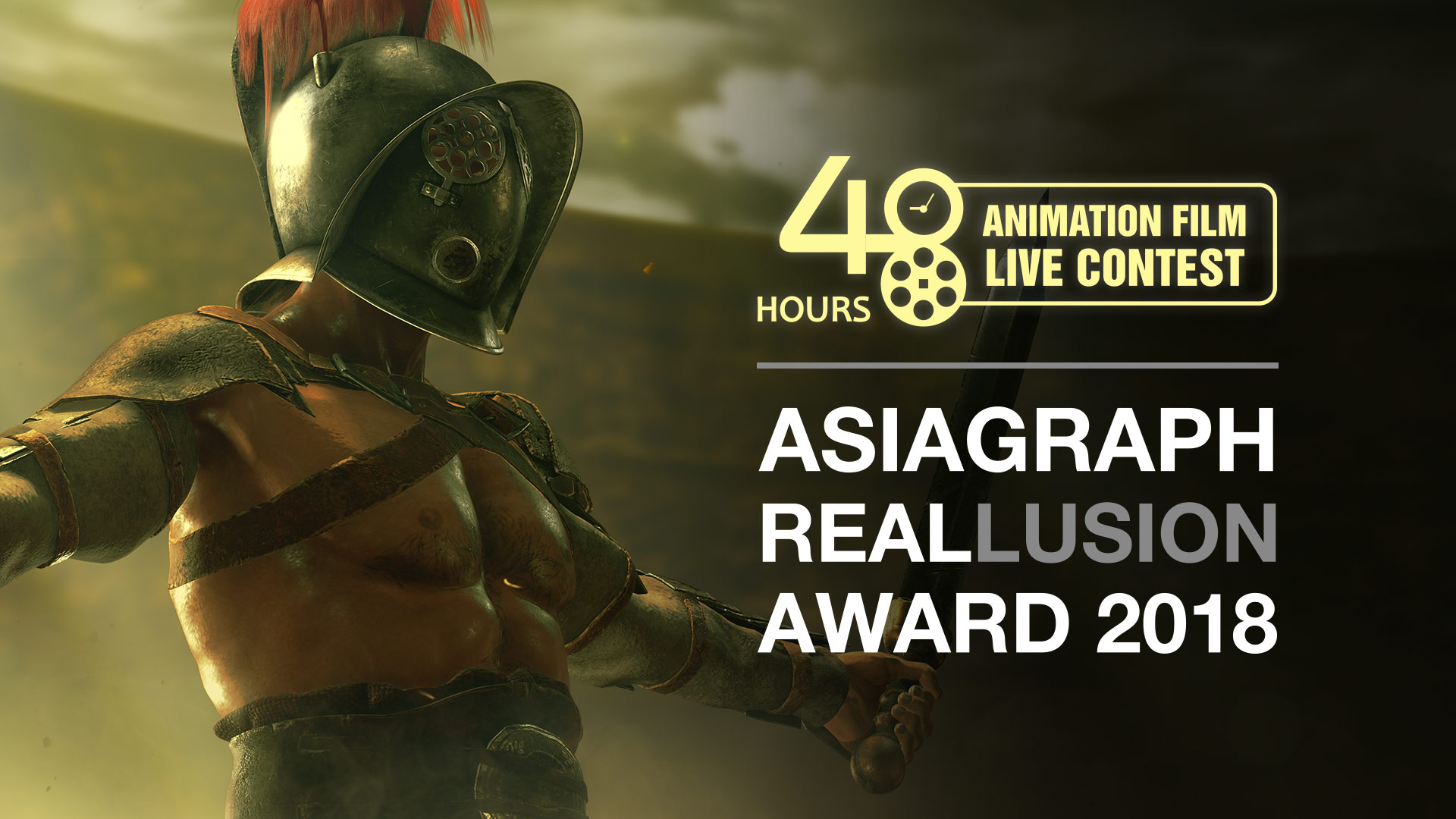 The ASIAGRAPH Reallusion Award 2018 48-Hours 3D Live Animation Contest Final Round will be held in Taiwan on August 20th to 24th. The contest, which started in 2013, includes a qualification round and a 48-hour final round. This year the contest has been extended on a worldwide scale to include a qualification round in the United States, China, Japan, Malaysia and Indonesia. The contest is hosted annually by Reallusion Inc., a real-time 3D & 2D animation company.

The qualification round submission ends in June every year, and the finalists are then invited to Taiwan to participate in the final 48-Hours live contest. The event welcomes students from all over the world to join and win up to US$10,000 in cash prizes.

This year, to speed up the animation creation, in the 48-hours final round Reallusion is offering iClone Motion LIVE studio equipment and gears which includes Xsens, Perception Neuron, Rokoko body motion capture and Faceware, iPhone X facial motion capture gears. With Motion LIVE, the contestants have the possibility to animate custom imported characters of fully-rigged 3D characters generated by Character Creator, Daz Studio, or from other industry standard source.

CG next Seminar will be held during the 48-Hours animation contest on August 21st  13:50pm at Yuan Ze University.  Halon Entertainment President and Director Daniel Gregoire, Base FX Previs Supervisor Gavin Boyle and Georgia State Professor of Practice James Martin have been invited to share their Hollywood, China and global animation trend and practices.

With nearly 20 years’ experience and creative leadership in blockbuster films, television, and games, HALON Founder Daniel Gregoire has overseen hundreds of high profile projects including War of the Worlds, Life of Pi, Jurassic World, The Hunger Games, Dawn of the Planet of the Apes, Alice Through the Looking Glass, Star Wars: The Force Awakens, Logan, and Kong: Skull Island.

Daniel himself has been the Previs Supervisor for many of the most exciting motion picture directors in the industry. In 2003 Gregoire established HALON, a dedicated Previs studio in Los Angeles and cultivated creative partnerships with such companies as DreamWorks Animation, Paramount, Universal, Apple, AMD, The Mill, Method, NBC, Disney and many more.

Currently serving on the executive board for BAFTA’s VR committee, Daniel continues to speak internationally on the intersection of storytelling and technology.