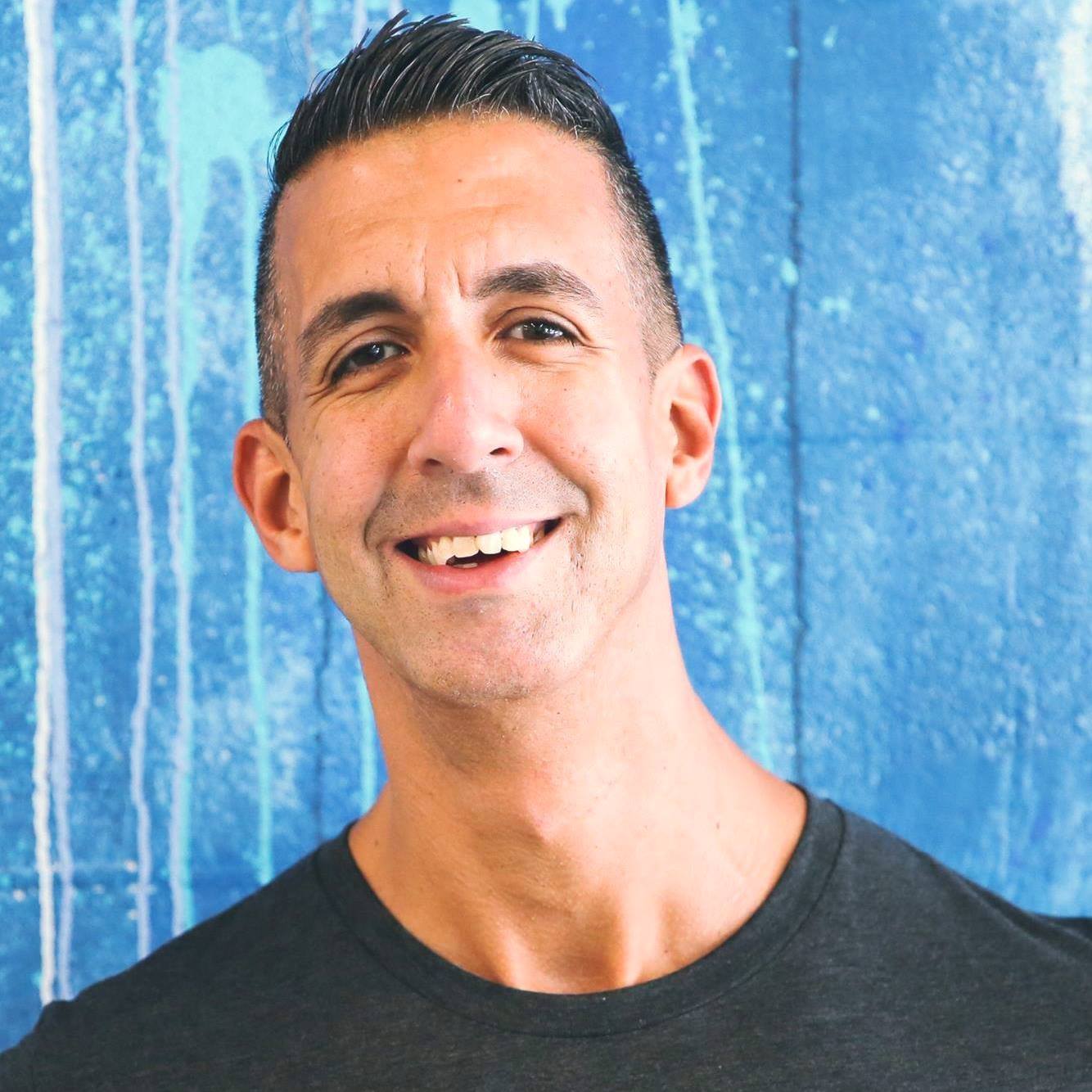 Hi my name is Orly Rodriguez. I am 43 years old and I started making video games only four months ago. I always dreamed of becoming a professional game developer, but I never imagined it would have happened so fast.

It all started for me when I decided to take a Virtual Reality Bootcamp at Game Art Institute. I began spending day and night doing everything I could to learn Unity, Blender and anything else I could get my hands on.

One day I was watching Twin Peaks: The Return, and I had this crazy thought… I should make The Black Lodge from the show in VR. A few days later I was standing in that very room. It was absolutely surreal. Now, I have a small development team called Nothing Like You Productions. We love what we do and we are passionate about creating virtual reality experiences at an unprecedented level of immersion.

Thanks to tools like iClone and Character Creator we have been able to achieve things that normally would have been impossible for us.

Q: Hello Orly. Thank you for wanting to be a part of our Feature Stories. Can you tell us a little about your background and your work?

Thank you for this awesome opportunity to do this feature. How should I start? Well I am not a professional. That’s a good place to start right? Well I guess you could say that creating video games has been a dream of mine for over 20 years now. I grew up playing video games from the age of 9 years old and I’ve never really stopped since. So about 3 months ago I finally decided to take the plunge and I signed up for an online Virtual Reality Bootcamp at Game Art Institute.

It was in those classes that I got the opportunity to be mentored by industry giants like Ryan Kingslien and Eddie J. Christian. It was absolutely amazing to have that kind of guidance and instruction. Even though I really had no idea what I was doing I dived right in and spent every waking hour learning everything I could about game development and design. (I’ll talk more about this below) 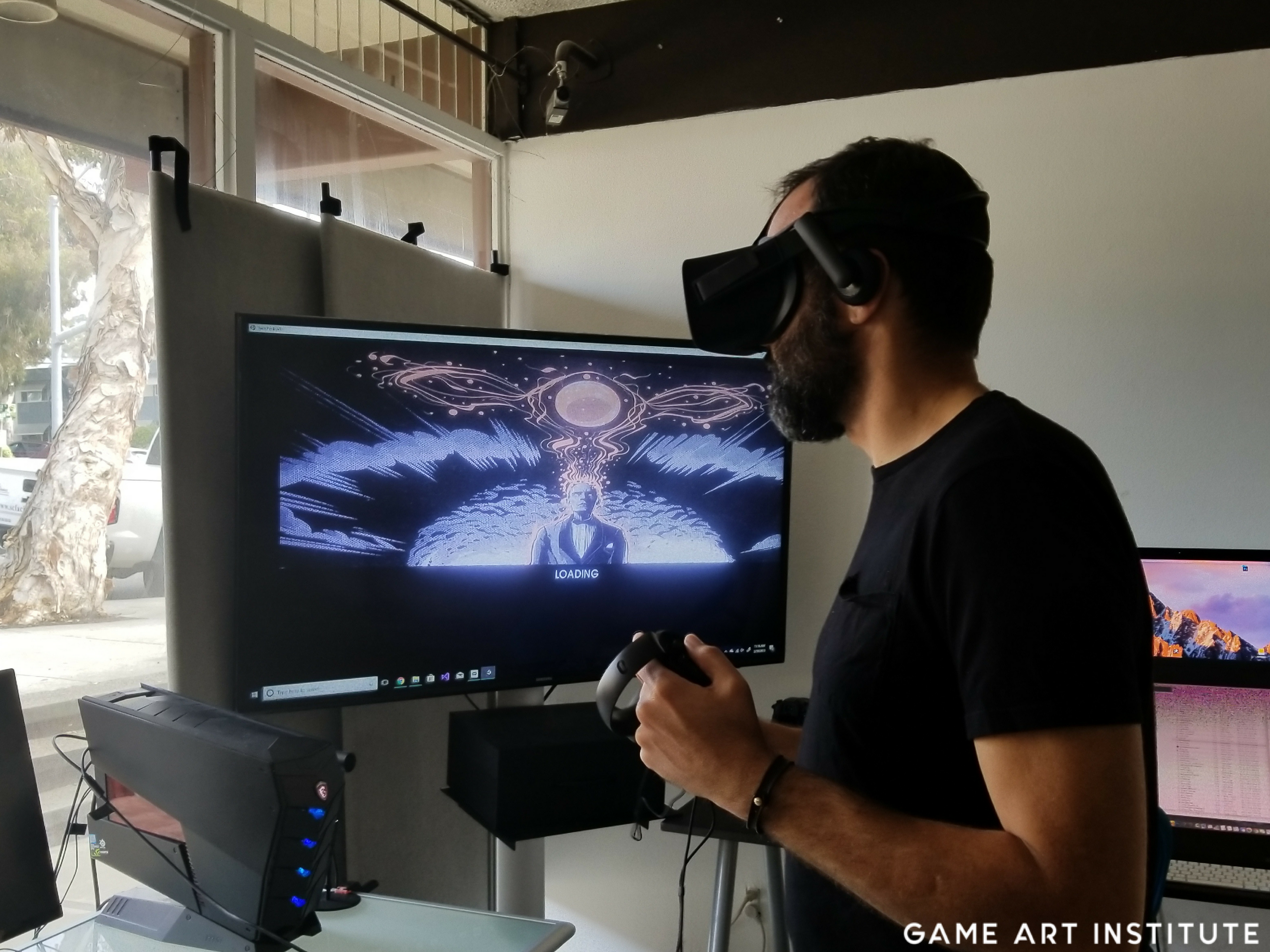 Then one day I decided to make something that I knew was totally beyond my ability but I felt like it was the right decision. I sat down with Unity and began working on The Red Room from the popular TV Series Twin Peaks. In just a few days I had made something that I never imagined possible. I sat there with my Oculus headset and I felt like I was actually in that room. That was the beginning of a journey that led me to where I am today.

During the process I began meeting people online and publishing my work through small alpha releases, YouTube videos and screenshots. Within a few weeks I had a Facebook page with over 1,000 followers and shortly after that came all the interviews on magazines and podcasts.

After receiving numerous requests from people online who wanted to contribute to the project, I decided to form a development team under the name Nothing Like You Productions. We currently have two writers, two 3D artists and a few professional voice actors and musicians collaborating daily on this project. We created a completely original story and populated the project with characters from the show that I started making in iClone and that’s when the real magic started happening.

So we got together and decide to call the project The Archivist: A VR Experience. Now we are a small development team creating virtual reality experiences at an unprecedented level of immersion; blurring the lines between reality and virtual reality. And with tools like iClone and Character Creator we have that possibility right at our fingertips.

Q: Tell us a bit about your project The Archivist. You mention that this will be a VR experience right? Will this be something that users download on PC for use with any VR headset?

Like the trailer says, with The Archivist: VR we set out to create a unique virtual reality experience that takes players beyond the curtain, into the unpredictable dreamscape of Twin Peaks. Our goal is to meticulously recreate the Twin Peaks universe in virtual reality and give players an opportunity to experience an unprecedented level of immersion as they relive some of the show’s most iconic moments. Our story line is set against the supernatural mythos of the show and the books.

So the story has you following in the footsteps of a new FBI Agent who has been sent to investigate a dossier written by a mysterious figure only known as The Archivist. From the moment you receive this dossier, a brand new story unfolds that takes you into this world in a way that is currently impossible to experience elsewhere. That’s what we love about VR, as it allows you to step into a video game and make you feel like you are actually there. It really is impossible to explain unless you experience it for yourself.

It is currently available upon request at https://www.facebook.com/OrlyVR/ and it works with Oculus Rift, HTC Vive and Windows Mixed Reality Headsets. But it’s made specifically for the Oculus Touch Controllers at the moment. Otherwise you will need to use a gamepad to be able to move around.

Q: You mention that you used iClone and Character Creator for this project. How are you using these tools? Why did you choose them? And what other software are you using?

Honestly without iClone and Character Creator we would have never been able to achieve the level of realism we were aiming for. Having created this as a story that has such powerful and memorable characters, we really needed a tool that would make it easy for us to create these characters and not have to spend months sculpting and animating them. Fortunately, I was referred to your software by Eddie J. Christian from Game Arts Institute.

“Your software has been an absolute joy to work with. I don’t think I would have ever continued making this project if I hadn’t discovered it. It is such a powerful tool and there is nothing out there that comes even close to it.”- Orly Rodriguez

It was in the VR Development Bootcamp where I first discovered iClone. My instructor showed me the differences between each program and gave me the resources I needed to do my own research. If it hadn’t been for them I don’t know that I would have ever known about Reallusion.

Later in the course the instructor even did a tutorial series on how he used iClone to make his own character. Watching the program do the amazing things he was able to accomplish really drove me to dig deeper and discover how essential iClone was for all that I was trying to accomplish in character creation and animation.

“When you have a master of anatomy and ZBrush like Ryan Kingslien support a product like iClone you know it has to be good!” – Orly Rodriguez

It’s funny as I was taking the course at Game Arts Institute I would post screenshots and videos of the characters I was making and the students were baffled at how quickly I was creating these realistic models. They were really blown away. 🙂 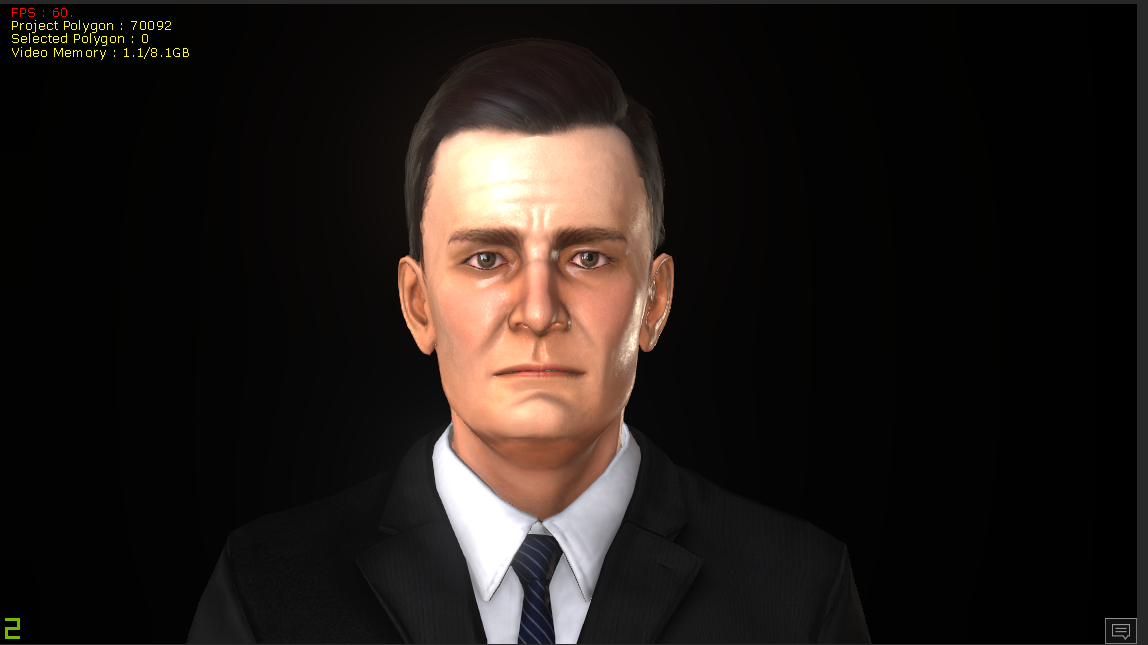 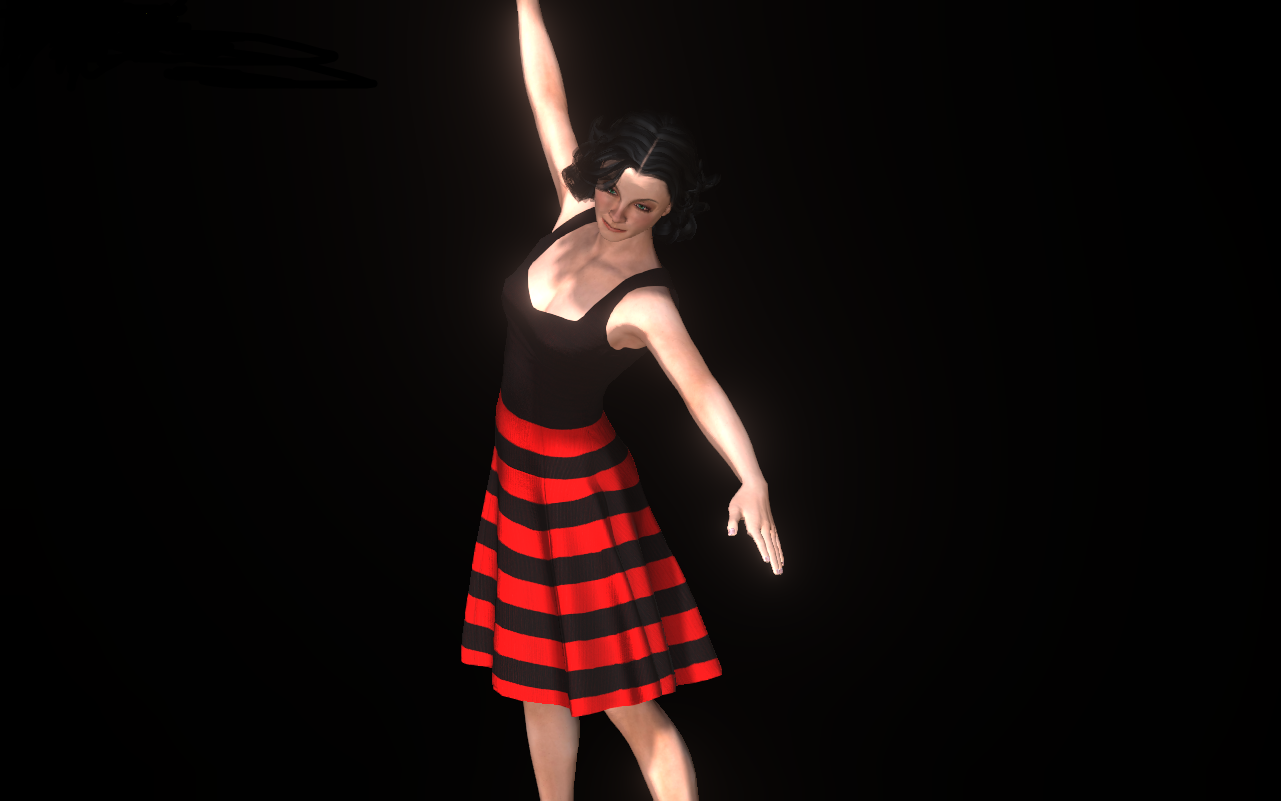 We are also using Unity as the game engine, Blender to make a lot of our levels and architecture and lots of assets from the Unity Asset Store. Unity and the asset store is a tremendous resource for developing games. The amount of plugins and the support base is outstanding.

Q: It’s awesome how you created several iconic characters like The Giant, Lucy, Audrey and The Arm with the use of Character Creator. How long did it take to make a character, and what advice would you give to users thinking about this tool?

Well at first it took me a few days to make a character and a few days to animate it, but after three or four weeks I was able to make them in just a few hours and animate them in less then a day. The most recent character I made which was Lucy took me 30 minutes to create and about 1 hour to animate.

My advice would be to really invest in watching as many tutorials as you can. Reallusion has a tremendous amount of resources out there for learning the software and really becoming an expert at it. I also recommend investing time in researching all the awesome add-ons and content packs that are available through the Reallusion Content Store. They are an absolute life saver.

I use several iClone content packs like MixMoves 200, Realistic Human 100, and Professional Outfits to name a few. Its an investment but it is absolutely vital one for us!

Q: You have been invited to The Raindance Film Festival in London. What will you do there? After your The Archivist project, what else is on the horizon for Nothing Like You Productions?

Yes! The Raindance Film Festival will be our world premiere of The Archivist and my other project called The Question. Hopefully, The Archivist will be nominated for an award and who knows maybe we will actually win something!

My goal is to keep making games that are like living art pieces and interactive film. With our other project The Question we are pioneering new ground by creating a virtual reality experience that allows the audience to explore why we are here. It seeks to give the user the freedom of exploring who we are and how we define ourselves. It will bring them into a world where they can feel like they are awake in a dream.

There will be scenes that involve conversations and visual wonders. Using the themes of light and darkness of magicians and dreamers, we hope that this experience will lead people into surreal realities that are like real life. We want it to be full of wonder and magic and hopefully it will inspire the audience to dream and create.

That’s the door that virtual reality has opened for us and we are really excited to take it to its full potential. Thankfully we have Reallusion giving us such wonderful tools to to achieve these lofty goal we have. Ha ha.

Thank you again for this opportunity. It’s been a lot of fun sharing our dreams and vision with you. It has been a humbling experience, but we are so happy that we can follow our dreams and have an absolute blast doing what we love the most.