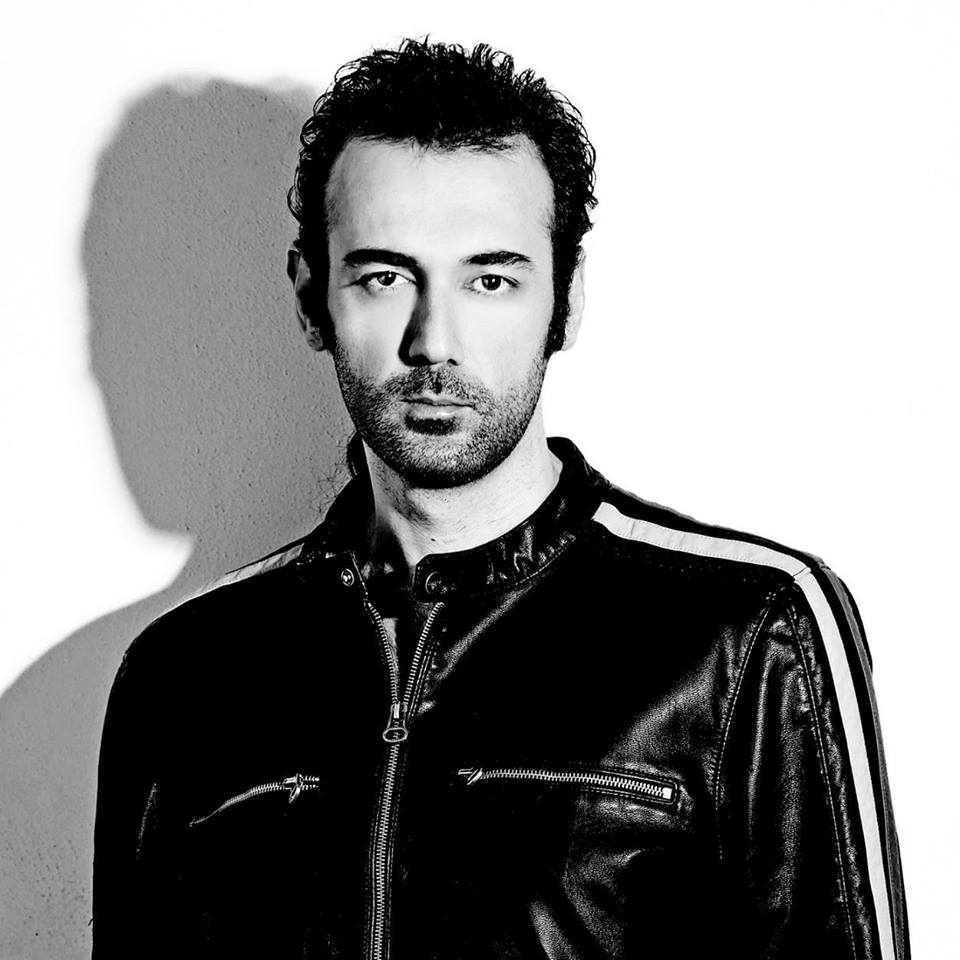 Originally from Iran, Farbod is an award-winning director, writer, animator, and composer. In the last four years, Farbod has made more than 5 Films as the Director, Writer, Animator, and Music Composer; and have been an Award Winner/Official Selection at numerous Film Festivals including Festival Du Nouveau Cinema, Kerry Film Festival, Oaxaca Film Festival, American Movie Awards, and others.

His animated thesis Film, ‘Bats and Jokes‘, where he used CrazyTalk 8 for facial animation, has won awards for Best Animation, Best Music and Best Short Film at many Festivals, including IndieFest and WorldFest-Houston International Film Festival. His Feature-length Film, “The Fallers” was recently selected for the Sundance Film Festival’s Film Intensive as a work in progress project.

Q: Hello Farbod and welcome to our Reallusion Feature Stories. Please tell us about yourself, your background and your work!

I am originally from Iran. Throughout most of my life, I was not able to officially make movies because the Iranian government would not give me the necessary permits to produce and release Films. According to their unofficial statements, the reason was always “the nature of my stories”! Until 2013, when I made an underground Film with a few of my brave friends and unofficially send it out to the world. It was picked up by many Festivals, and it made it possible for me to come to the United States and continue my study in Film production at the University of Miami.

I found great interest in Animation because it enabled me to tell the stories that I like to tell without having an enormous budget. In the last four years, I have made more than 5 Films as the Director, Writer, Animator, and Music Composer; and have been an Award Winner/Official Selection at numerous Film Festivals including Festival Du Nouveau Cinema, Kerry Film Festival, Oaxaca Film Festival, American Movie Awards, etc.  My completed movie is ‘Bats & Jokes‘ is the winner of 8 awards so far.

My latest work-in-progress project is ‘The Fallers‘. Its screenplay has been selected as a finalist at a renowned Festival, which I am not allowed to name until the official announcement, and the project also has been picked up by Sundance Film Intensive as a work-in-Progress, and the support we are receiving from them is truly priceless.

Q: You are a Director, Writer, Animator, and Music Composer with a prominent list of tracks and a SoundCloud channel. Did you create your music for your films, or was it the other way around?

This is a fascinating question that I have never been asked before. It works in both ways. Sometimes I write the script, and then the music just comes to me and then there are times that I write a whole script based on one music track (and not necessarily one of mine).

But whatever the case, I always write a few tracks for each project before we start shooting because it helps me make the rhythm internal for myself and I also occasionally play them during the shoot to get the performance that I Really want from the actors.

Q: Can you tell us how you got into animation? How you discovered CrazyTalk and why you chose to use it in your work?

Like most Animators, I have always loved Animation. But how I got into Animating, well… Basically, I started learning because I did not have the budget to hire a VFX artist for a short Film called ENMOG RENAISSANCE that I made about three years ago.

But my first introduction to CrazyTalk was many years before that. I was a teenager, and I wanted to impress a girl by making a funny video of her (I do not recommend!) and that is how I discovered the software, then I forgot about it until 2017 when I was planning to make an animated Batman Fan Film, and I realized that it is very time-consuming and expensive to animate the character faces, but suddenly I remembered CrazyTalk from all those years ago so I downloaded the trial version and I was so impressed about its new facial animation capabilities that I bought it right away. One of the best light-bulb moments of my life.

Q: Your film ‘Bats and Jokes’ won numerous awards. Please tell us more about this project, the inspiration behind it, and the recognition you have received?

Batman is one of my favorite superheroes. We didn’t have comic books back there, so I got to know the character and the universe surrounding it through Movies and Video Games. For my Films, I usually like to create new and original worlds, but for once I decided to challenge myself to tell a new story within a well-established world with well-established characters and I came up with this dark and twisted origin story for Batman and Joker. But I wanted to turn it into a very colorful movie, and the animation was a great fit.

The paradox of a Colorful movie with a Dark atmosphere was really interesting to me, and it was also thematically fitting. The funny thing is that we did everything that you should not do if you want to go to film Festivals (making a film without having the rights to the characters and releasing it online the day it is finished!) and yet we were nominated in a dozen of Film Festivals, and we have won 8 awards so far. We are very humbled and grateful.

Q5: Your latest project ‘The Fallers’ has been picked up by Sundance Film Intensive as a work-in-progress. What is this project about?

What are my plans with this film? Well, it is a full-length Animated Feature Film. We are making good progress, and we are just about to launch our Kickstarter Campaign. Our screenplay has also been recently nominated for Global Screenwriting award at Oaxaca Film Fest. I have a very talented team working with me on this project, and many of them are working free of charge just because they want to see this movie happen. Even our actors, Emmet Hunter, known for HOMELAND and ATLANTA, and Erika Walter, known for SUPERGIRL and ARROW joined our team only because they believed in the project.

Here is the short Synopsis: In a dystopian future, Robots are thinking, feeling beings who are treated as second-class citizens. After a contentious election, the new President threatens to make matters much worse for the non-humans, but a manufactured prostitute enlists the aid of a cyber-detective to help her change the situation.

In the end, I want to thank Reallusion for this fantastic opportunity and also for making it easy to be creative for all of us. Thank you so much.