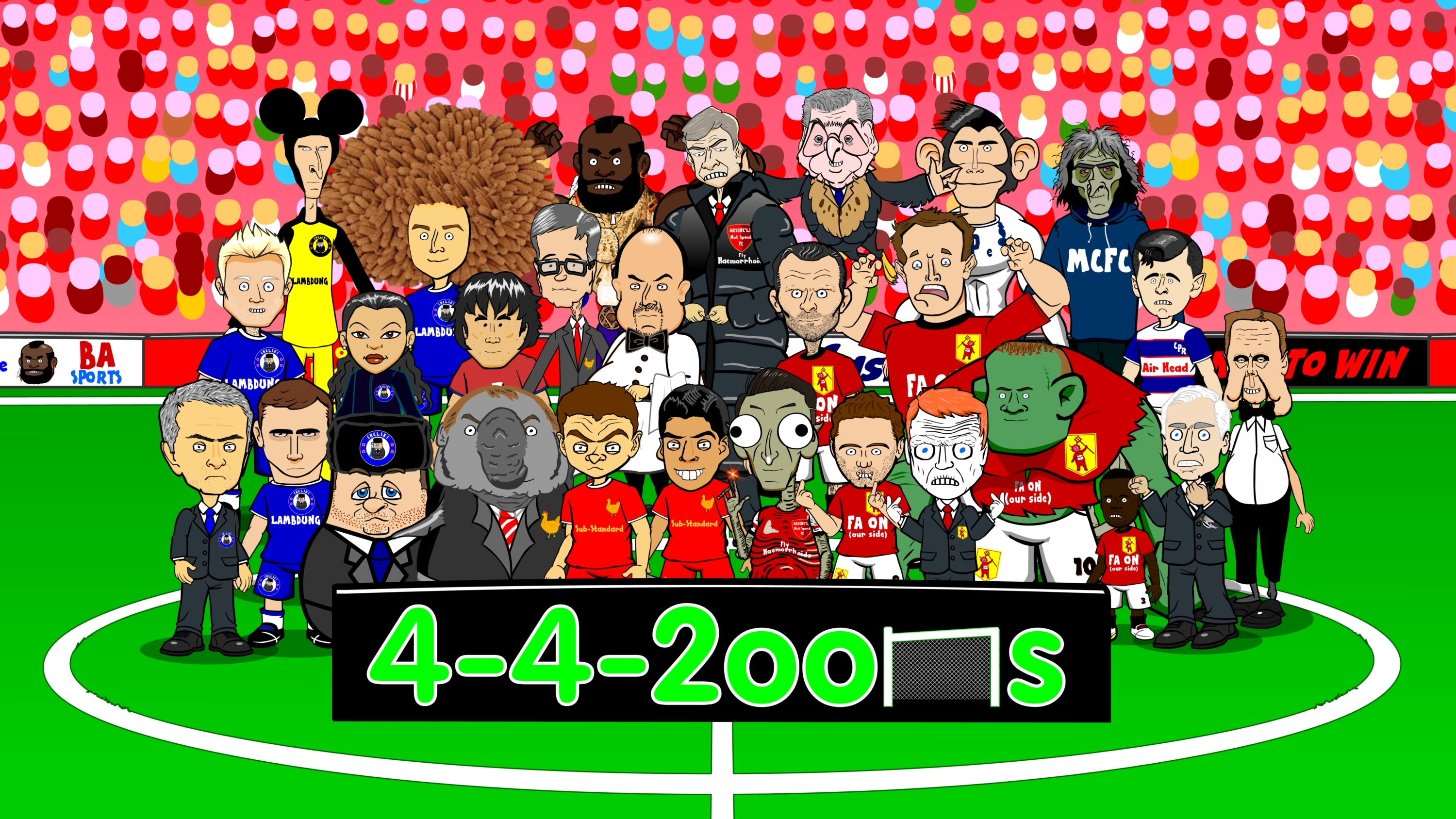 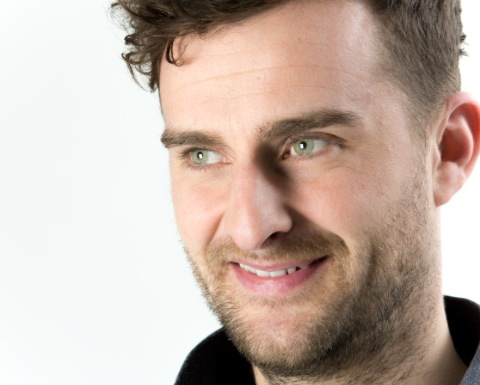 442oons is a highly successful YouTube channel with over a million subscribers, that creates weekly-animated football parodies with songs and pictures.

Dean Stobbart, originally a teacher from Norton, County Durham, had in the past been a part-time voice actor and also did some animation for his lessons.

From the beginning, Dean saw a gap in the market that “no one had really done football cartoons before”, so he made his first video – a cartoon parody of Luis Suárez and Arsenal manager Arsène Wenger in a scene from The Silence of the Lambs.

Q: So you love football and you love animation. You seem to have the best of both worlds! Tell us a bit about your background, your work and your team.

I originally trained as an actor in London, working in plays and musicals in the West End as well as in TV and films. I then started to work as a voiceover artist as well. I’ve always been a massive fan of animated comedy – from Gilliam’s Monty Python segments to South Park, Beavis and Butthead and American Dad.

I then discovered the YouTube channel HISHE (How It Should Have Ended) videos a couple of years back. These videos inspired me to think of creating my own animated comedies.

After thinking of all the things I love, I rolled them together into 442oons: an animated football channel creating parodies, pics and cartoons! 442oons as a channel is all about poking fun at the football world. No-one is safe! Ideas, scripting, voicing, singing, editing, most artwork, animating, production and publication is all done by me and my team – as well as promoting the channel!

Q: Your first animation was in 2013. When, and how, did you discover CrazyTalk Animator, and how long did it take you to learn the software?

I had used CrazyTalk 5 and 6 to make silly home videos for a couple of years, so when I was sent a CrazyTalk Animator promo material, I wanted to know more. Animation had always interested me as a viewer, so I thought this would be a good entry level piece of software that I could access.

It turns out that CrazyTalk Animator is far more than entry level! To begin making basic videos, it took me a couple of weeks of self-learning. The tutorials were really helpful and the forums were amazing (not just saying that) with people happy to share their tips and tricks.

I would say it has taken me around a year to become really skilled with the software, and to unleash its full potential and how to get the best out of its features.

Q: In your CrazyTalk animations you seem to work with more than one software. What are the other tools that you work with?

Yes. I use a range of tools to produce the finished videos, tools like – CrazyTalk Animator, Serif MoviePlus X6, , Flash CS6, After Effects, and DrawPlus X5 all help me out.

The core software I use regularly is CrazyTalk Animator to animate, MoviePlus to add titles and transitions, and Flash to create the art/SWF files. Cartoon Solutions templates have been a massive help within Flash too.

Q: You have lots of wonderfully made characters. And a lot of production efforts go into your animations, which sometimes include custom music. How long does it take you to complete one episode?

It depends on the length of the video and how ambitious the project is!

Sometimes I get such a rush of ideas that I end up creating a massive job when I started with a three line/10 second idea! The latest 2 minute video took around 8 hours – this was very quick because I could recycle two characters and props I had already created for earlier videos.

On the other hand, our Jaws parody (Teeth – 4 minutes) was much more ambitious and took around 40 hours of work as I had to create a lot of new props, scenes, characters and source new animated effects and sound effects as well as recording many different voices for the 12+ characters. It was worth it in the end, and the quality of the final video is so rewarding when I watch it back.

Q: With all your production value and your constant addition of subscribers, what is your goal for 422oons and where would you like to see the show?

The channel has exceeded my expectations since it started in July 2013. The response from the football community has blown me away as it has been so positive. I would never have dreamt of having 15 videos with a total of 500,000 views within the intial 9 months!

Initially, I wanted to give it a year to see what the feedback was like and to trial a range of video styles (songs, film parodies, recreations, etc) before honing down the 442oons identity and taking it from there.

The future? I want 442oons to be renowned throughout the football world for its content, humour and creativity! I hold HISHE up as an example of where I want the channel to be – but in the football world. I want an army of fans lapping up the latest offering! I have so many ideas of where 442oons could end up, that it’s hard to nail down beyond that!

442oons could have its own TV show, apps, games, posters, t-shirts – and so on! I think the options are endless and the future of the channel is really exciting.